The streaming giant just secured the global streaming rights for Seinfeld in a five-year deal reportedly worth over $500 million.

On Monday, investors woke up to the news that Netflix (NFLX 0.13%) had secured the global streaming rights for Seinfeld, the iconic TV show whose popularity hasn't waned since its premiere over 30 years ago.

The streaming giant acquired the sole global streaming rights from Sony Pictures Television (SONY -1.21%) the distributor of the hit TV show for an undisclosed amount. The deal gives Netflix the right to stream the show's 180 episodes worldwide to its 151 million subscribers.

The deal will come into effect in 2021 once the current US streaming rights held by Hulu expire. Hulu has a 6-year streaming deal for Seinfeld which has it paying $130 million annually to stream reruns of the hit TV show that ended in 1999 within the US.

This latest move indicates that Netflix is willing to acquire outside shows in order to remain competitive even as it continues to invest heavily in original content, which is likely to pay off. 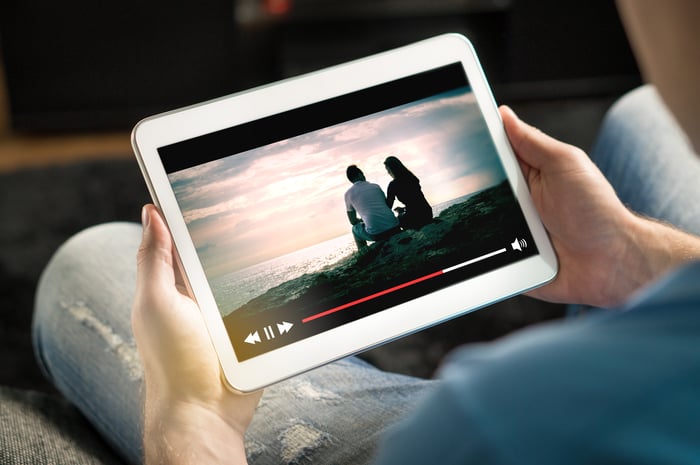 Why is bagging Seinfeld so important for Netflix?

Netflix recently lost two of its most popular shows, 'Friends' and 'The Office', to the media houses that own the shows. 'The Office' was recalled by NBCUniversal (CMCSA -2.04%), which paid $500 million to get back the streaming rights from Netflix, while 'Friends' was recalled by WarnerMedia (T 0.38%), which paid $425 million for the streaming rights.

Bagging Seinfeld is a major win for Netflix. Recent research from Nielsen indicates that the majority of its subscribers spend their time watching reruns of broadcast shows such as 'The Office' and 'Friends'.

Given that more and more broadcasters are launching their streaming services and recalling their shows from Netflix, the streaming giant stands to lose subscribers if it does not act to bag new popular broadcast shows.

The short answer: it really doesn't matter. Major broadcasters are submitting bids for shows that they already own. Hence, they are actually paying themselves. Therefore, the broadcasters can submit very high bids for the streaming rights to certain shows distributed by their subsidiaries as was the case with Friends and The Office.

The Big Bang Theory is joining HBO Max, and Netflix is also likely to lose Two and a Half Men to HBO Max as well, given that the two sitcoms are both distributed by Warner Bros.

The scale is heavily tilted in favour of the broadcasters, and this is a bidding war that Netflix is likely to lose over the long-term. That's why original content is a crucial part of Netflix's competitive strategy.

Netflix is betting heavily on original content to drive future growth, and this is likely to pay off significantly in the future. Given that other media houses are launching their streaming services, this levels the playing field as every streaming service will be limited to its own original shows.

Netflix has invested heavily in original content, spending $12 billion in 2018 and upping its original content budget for this year to $15 billion. Netflix is taking a unique approach to creating original content for international markets by curating content from different regions and making it available worldwide.

Netflix has shows filmed in national languages such as Hindi, Spanish and Portuguese, which is then translated into other languages -- including English -- to appeal to its global subscriber base. This is why Netflix is positioned to win big in international markets.

What about current subscribers?

As a Netflix subscriber, it is quite annoying to see one of your favorite TV shows pulled from your account just when you wanted to watch a rerun.

However, most subscribers are adjusting to this practice as they realise that other streaming services will also feature a ton of their original content.

Subscriber growth within the US has recently cooled off, but the opposite is happening in the international markets where subscriber numbers are growing.

Some analysts have raised concerns about the profitability of international subscribers, but this is not an issue given that Netflix offers just a single premium subscription plan at $12 per month in most countries, which also happens to be the most popular plan within the US.

This is why Netflix still has a huge first-mover advantage against its streaming peers.