With shares of the athletic footwear and sportswear leader up more than 5% in after-hours trading in response, let's take a closer look at how it kicked off the new fiscal year. 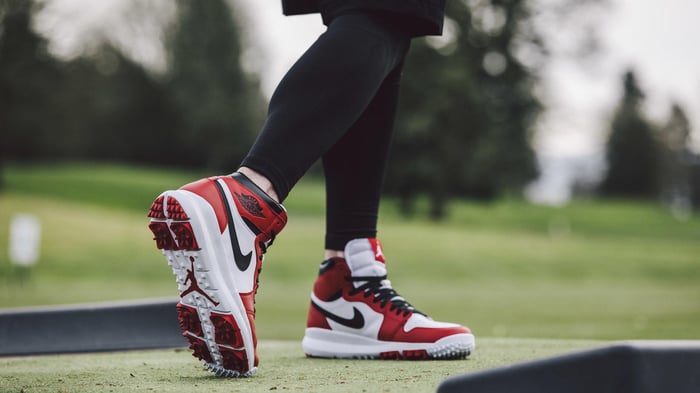 "Our strong start to [fiscal-year 2020] highlighted the depth and balance of Nike's complete offense," stated Nike chairman and CEO Mark Parker. "Nike's strong product innovation, combined with our industry-leading digital experiences, continue to deepen our consumer relationships around the world."

"Our targeted strategic investments are accelerating Nike's digital transformation and extending our competitive advantage," elaborated Nike CFO Andy Campion. "Even amid the increasingly volatile macroeconomic and geopolitical environment, we expect our unrelenting focus on better serving the consumer to continue fueling strong, broad-based growth across our global portfolio."

With the caveat that "macro dynamics are even more volatile" today, during the subsequent conference call Campion said Nike anticipates reported revenue growth in the second quarter of fiscal 2020 to be roughly in line with the growth it just achieved in Q1, after accounting for a roughly 3-percentage-point headwind from currencies.

For the full fiscal year 2020, Nike continues to expect reported revenue growth in the high-single-digit range, slightly above the growth it saw in fiscal 2019. Trending toward the bottom line, Campion says Nike now expects gross margin this fiscal year will expand 50 to 75 basis points -- an improvement from previous guidance for an increase near the low end of that range -- assuming the negative impact of recently implemented tariffs remains in effect for the rest of this year.

All things considered, this was as strong a quarter as any investor could have hoped to see from Nike, particularly given today's increasingly difficult retail landscape. Nike stock is responding accordingly.