Please ensure Javascript is enabled for purposes of website accessibility
Log In Help Join The Motley Fool
Free Article Join Over 1 Million Premium Members And Get More In-Depth Stock Guidance and Research
By Beth McKenna - Oct 14, 2019 at 7:15AM

Here's what to watch when the search engine giant reports Q3 earnings.

The tech behemoth is going into its report on a solid note. Last quarter, it breezed by Wall Street's earnings expectations, though revenue came in a little lighter than analysts had projected. 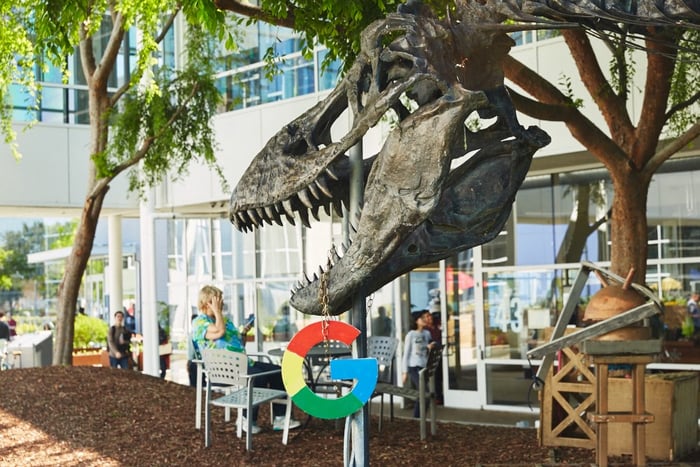 Here are Alphabet's year-ago results and Wall Street's estimates to use as benchmarks. The company doesn't provide guidance.

Investors can expect that Alphabet will continue to invest to support long-term growth. While this is a positive for investors focused on the long haul, it does negatively impact current operating income and earnings.

In constant currency, revenue grew 22% -- an acceleration from the first quarter's 19%, though slightly lower than the fourth quarter of 2018's 23%. Within Google, revenue breakdown was as follows:

As has been the trend for some time, Alphabet's costs increased faster than its revenue in the second quarter. This resulted in the adjusted operating margin edging down to 24%, from 25% in the year-ago period.

As always, investors should primarily focus on revenue growth in the company's main business: advertising. Last quarter's ad sales growth of 16.1% year over year represented an acceleration from the first quarter's growth of 15.3%, but in general, this metric has been decelerating on a sequential basis. In the two preceding quarters, it was 19.9% (Q4 2018) and 20.3% (Q3).

Investors can expect management to provide an update on the earnings call about Waymo's progress and plans. Since late last year, Alphabet's self-driving vehicle subsidiary has been operating a ride-hailing service in Phoenix, Waymo One. On last quarter's earnings call, CFO Porat said the service has over 1,000 active riders. Just last week, Waymo announced that it has entered Los Angeles with several vehicles for 3D mapping purposes.