Possible merger and acquisition activity lifted one of these stocks.

Monday was a relatively quiet day on Wall Street, as investors largely allowed major benchmarks to tread water. Trade negotiations didn't deliver the home run victory that many had hoped to see, and that kept market participants from bidding up indexes further from Friday's gains. Yet some individual stocks still had good things going for them. Hilton Grand Vacations (HGV -1.77%), 21Vianet Group (VNET -1.39%), and Revance Therapeutics (RVNC -0.29%) were among the top performers. Here's why they did so well.

Is Hilton Grand Vacations back on the block?

Shares of Hilton Grand Vacations jumped 6% following reports that a private equity company is looking to make a bid for the timeshare and vacation property specialist. Apollo Global Management has reportedly made a bid to buy Hilton Grand Vacations for $40 per share, according to Bloomberg, and it's possible that other institutional investors are interested in the company as well. Rumors of buyout talks have swirled around Hilton Grand Vacations for a while now, and the fact that the stock remains well over 10% below the reported buyout bid figure shows that shareholders are skeptical about reacting to every single news item that crosses their path. 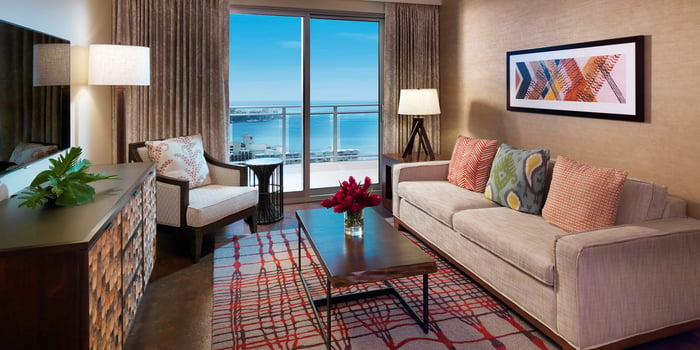 21Vianet gets some love

21Vianet Group enjoyed a 16% rise in its stock price after the Chinese internet data center services provider got a vote of confidence from a giant in the industry. Alibaba Group entered into a memorandum of understanding with 21Vianet to provide data center services, with a multipart approach that includes construction and delivery of services in eastern China. 21Vianet CEO Alvin Wang said, "We are thrilled to play a key role in supporting Alibaba Group during this exciting time of cloud development." Investors are equally thrilled to see 21Vianet making a name for itself in this fast-growing space, and they're optimistic that it can play a vital role in the ongoing expansion of China's internet industry.

Finally, shares of Revance Therapeutics gained 15%. The biotechnology company said that Mark Foley would take over as its chief executive officer, replacing outgoing CEO Dan Browne. Revance attributed Browne's departure to "a misjudgment in handling an employee matter," and the exiting executive also resigned from the biotech's board of directors. Foley has been on Revance's board for a couple of years, and the new CEO reaffirmed the company's favorable prospects as it aims to introduce its DAXI neuromodulator in the near future. Revance hopes to displace Botox in key applications like aesthetics, and Foley seems like a good pick to help get the company there.