Friday was a down day on Wall Street, with major benchmarks giving back some of the gains they've enjoyed over the past week. Downbeat economic data out of China raised more questions about the health of the global economy, and as earnings season moved forward, some high-profile companies failed to give their shareholders the good news they'd hoped to see. However, there were some companies that bucked the trend and sent their stocks higher. Kansas City Southern (KSU), State Street (STT -0.92%), and Holly Energy Partners (HEP 1.85%) were among the top performers. Here's why they did so well.

Shares of Kansas City Southern climbed 7% after the railroad specialist announced its third-quarter financial results. The company posted record revenue for the quarter, overcoming flat shipping volume by taking advantage of stronger pricing power. Kansas City Southern pointed to particular strength in the chemicals and petroleum segment, as well as solid growth in agriculture and minerals. Investors were also pleased with its 24% jump in adjusted earnings per share. Railroads have gone through ups and downs lately, but even with some questions about the future health of the U.S. economy, Kansas City Southern is showing a lot of promise. 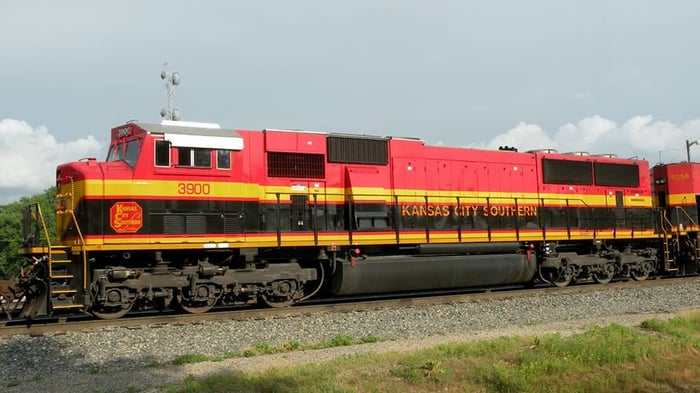 State Street saw its shares rise 6% following the bank's release of financial results for the third quarter. On their face, State Street's numbers didn't look all that strong, with a nearly 3% decline in revenue from year-ago levels and a 24% drop in earnings per share. Yet the bank said that it will implement an expense savings program that it hopes will lead to annual cost reductions of $400 million, and State Street said that success in its investment servicing segment could help to improve its future results. The banking sector faces plenty of challenges as interest rates start to drop again, but investors seem optimistic that State Street can find ways to use its specific areas of expertise to generate growth.

Finally, shares of Holly Energy Partners climbed 9%. The midstream energy company said that it has successfully established long-term contracts with key clients, eliminating any risks involved in ensuring it has enough volume to be as profitable as possible. CEO George Damiris said that Holly Energy Partners has reduced its exposure to energy commodity prices to de minimis levels, and it committed to keeping its quarterly distribution at the current amount of $0.6725 per share. Holly Energy Partners gets a lot of support from its parent company, HollyFrontier, and investors are excited about the future opportunities for the midstream provider as needs for pipeline and transportation services ramp up.

5 Stocks Growing Their Dividends by 15% Per Year