Please ensure Javascript is enabled for purposes of website accessibility
Log In Help Join The Motley Fool
Free Article Join Over 1 Million Premium Members And Get More In-Depth Stock Guidance and Research
By Keith Speights - Oct 25, 2019 at 6:00AM

Despite a horrible start, 2019 has turned out to be a reasonably good year so far for ResMed (RMD -0.72%). The healthcare company has consistently beaten Wall Street earnings estimates in recent quarters and delivered solid growth.

ResMed announced its fiscal 2020 first-quarter results after the market closed on Thursday, and the company kept its streak going with more good news. Here are the highlights from ResMed's Q1 update. 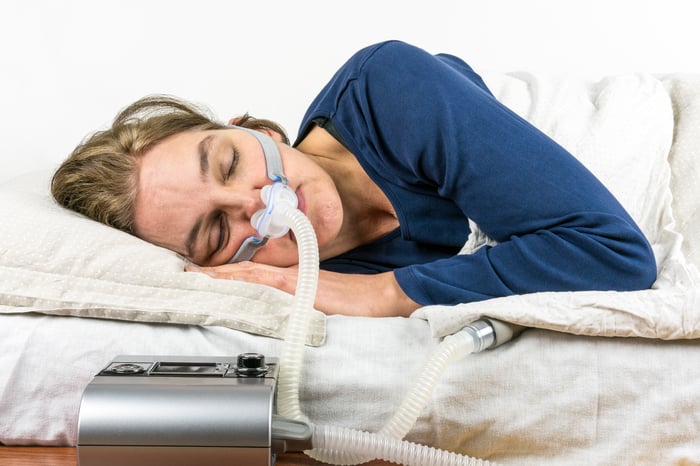 ResMed announced Q1 revenue of $681.1 million, a 16% increase from the $588.3 million reported in the same quarter of the previous year. This result easily beat the average analyst revenue estimate of $660.7 million.

The company announced first-quarter net income of $120.1 million, or $0.83 per share, based on generally accepted accounting principles (GAAP). This represented a 14% increase from the $105.7 million, or $0.73 per share, reported in the same quarter of 2018.

ResMed recorded adjusted net income in the first quarter of $0.93 per share. This reflected a 15% year-over-year increase. It also topped the consensus Wall Street adjusted earnings per share (EPS) estimate of $0.87.

Growth wasn't nearly as strong in Europe, Asia, and other markets, though. ResMed reported total revenue in the regions of $223.9 million, up only 4% year over year.

The company's bottom-line growth trailed revenue growth slightly for a couple of reasons. Operating expenses increased significantly from the prior-year period. ResMed also reported $10.5 million in other net expenses in the third quarter, well above the $2.8 million posted in the same quarter of last year.

ResMed CEO Mick Farrell said that the company is "driving forward every facet of our business, leading the innovation of devices and software that improve health outcomes, create efficiencies, and reduce overall healthcare system costs. We're well on our way to improving 250 million lives in out-of-hospital healthcare in 2025."

Although ResMed might not be known as a great dividend stock, the company has steadily increased its dividend payout in recent years. ResMed's board of directors declared another quarterly dividend on Thursday of $0.39 per share. This dividend is payable on Dec. 12, 2019 to all shareholders of record as of Nov. 7, 2019.