Shares of Nordstrom (NYSE:JWN) were giving up some of their recent gains today after the department store chain received an analyst downgrade. The stock was off 5.7% as of 3:08 p.m. EDT on Wednesday.

UBS analyst Jay Sole lowered his rating on the retailer from neutral to sell, while maintaining his price target at $30, and called the stock's recent run-up "unjustified." Nordstrom stock had gained more than 50% from its bottom in August after it started moving higher following its second-quarter earnings report. 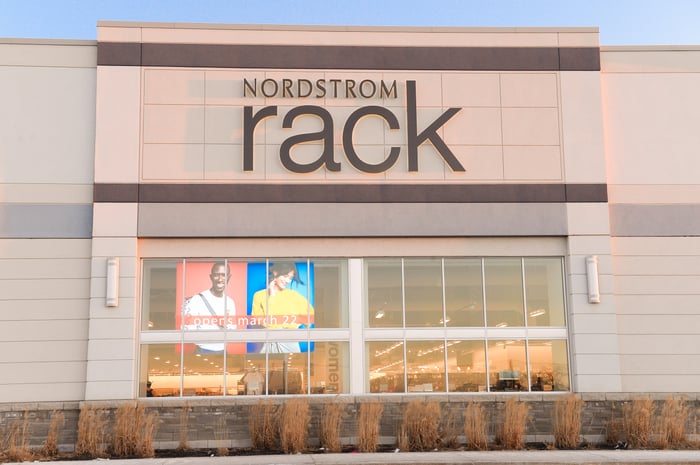 Sole added: "We do not believe Nordstrom fundamentals have changed. We expect a weak holiday shopping season, tariffs, and ongoing e-commerce disruption to pressure earnings per share." The challenges he cites are the same ones retail stocks are facing nearly across the board.

Today's slide comes just a few days after the Nordstrom family said it would give up its attempts to acquire more shares of the company, which also sent the stock down a few points on Tuesday.

Shares had gained last week on optimism for the company's new flagship store in New York City, which some analysts have estimated could generate as much as $700 million in annual sales. The new store also exhibits a forward-thinking model that showcases brands, adds convenience for customers, and complements other parts of Nordstrom's strategy, like its Nordstrom Local outposts where customers can pick up items, have styling consultations, and even get manicures.

Retail earnings season is right around the corner, and Nordstrom stock is likely to move sharply after the third-quarter earnings report comes out. Recent numbers from the company have been gloomy, but with the stock having surged lately, investor expectations may now be higher. Nordstrom's report is due out after hours on Nov. 21. Analysts are expecting earnings per share at $0.64, down from $0.67 a year ago, and for revenue to fall 2% to $3.68 billion.