Please ensure Javascript is enabled for purposes of website accessibility
Free Article Join Over 1 Million Premium Members And Get More In-Depth Stock Guidance and Research
By Keith Speights - Oct 31, 2019 at 7:00AM

If a 41% year-to-date gain sounds good to you, you'll probably like Masimo ( MASI 1.27% ). That's what the medical device stock has delivered to investors so far in 2019, trouncing the performance for most healthcare stocks.

But that big gain came before Masimo announced its third-quarter results after the market closed on Wednesday. And those results looked very good. Here are the highlights from the company's Q3 update. 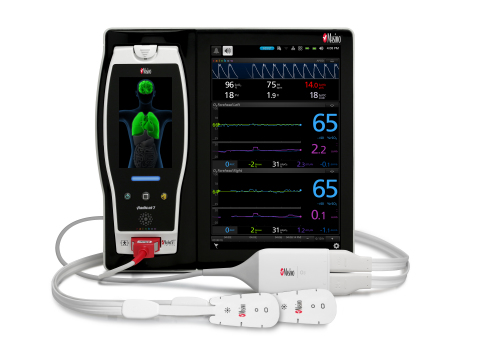 Masimo announced Q3 revenue of $229 million, a nearly 9% increase from the $210.6 million reported in the same quarter of the previous year. The company's reported revenue was also higher than the average analysts' revenue estimate of $221.87 million.

One key to Masimo's solid Q3 revenue growth was shipping more of its noninvasive technology boards and monitors. Masimo stated that these shipments grew around 2.7% year over year to 60,700 in Q3. Product revenue totaled $228.9 million -- most of the company's overall revenue -- with $95,000 coming from royalties and other revenue.

Masimo's product revenue would have been a little higher were it not for foreign exchange fluctuations. The company said that Q3 revenue on a constant-currency basis was $229.6 million, a 13.6% year-over-year jump.

GAAP net income fell from the prior-year period, but it's nothing to worry about. The primary reason behind this decline was that Masimo recorded a tax benefit of nearly $7.5 million in the prior-year period but had to pay almost $5.3 million in income taxes in Q3. The company factored these tax impacts out with its non-GAAP adjusted earnings per share figures.

Masimo kept its streak of introducing one new product each month going throughout the third quarter. The company set this goal in commemoration of its 30th anniversary.

After turning in a solid performance in Q3, Masimo now projects full-year 2019 revenue to come in at $933.4 million, up from its previous guidance of $926.3 million. Product revenue for fiscal 2019 is expected to be $932 million, an increase from the company's previous forecast of $925 million.

Masimo anticipates GAAP earnings per share (EPS) for fiscal 2019 of $3.37, compared to its previous guidance of $3.30. The company also looks for adjusted non-GAAP EPS of $3.18, up from the previously anticipated adjusted EPS of $3.15.