Analysts, on average, were only expecting earnings of $1.58 per share, but on slightly higher revenue of $3.75 billion. 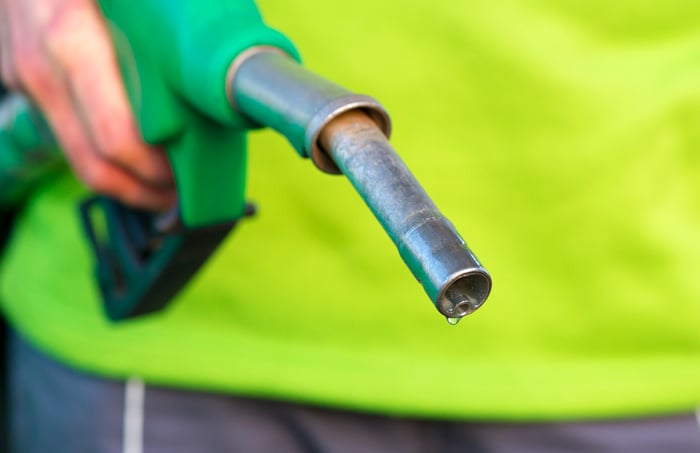 To be fair, Murphy USA's earnings were also bolstered by share repurchases, including 1.2 million common stock shares that were bought back for $109 million during the quarter. The company even refinanced debt on its balance sheet to accelerate its previously announced $400 million repurchase authorization.

Murphy USA CEO Andrew Clyde argued their performance "clearly demonstrates some of the benefits of recent investments," particularly as the company works to "capitalize on market share gains in both the fuels and merchandise business." He also said, "New stores are also outperforming the network, which gives us a high level of confidence ahead of an increase in our organic growth over the next several years."

Given Murphy USA's relative earnings outperformance in the meantime, it's no surprise to see the stock rallying in response today.

The Wal-Mart of Gas Stations Is Selling Cheap