Shares of World Wrestling Entertainment (NYSE:WWE) were hitting the mat last month after the leading wrestling organization posted an underwhelming third-quarter earnings report. According to data from S&P Global Market Intelligence, the stock finished the month down 21%. As you can see from the chart below, the slide came mostly at the end of the month after its earnings report came out. 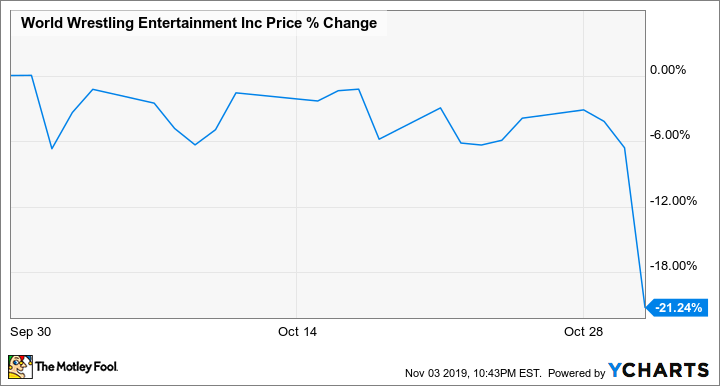 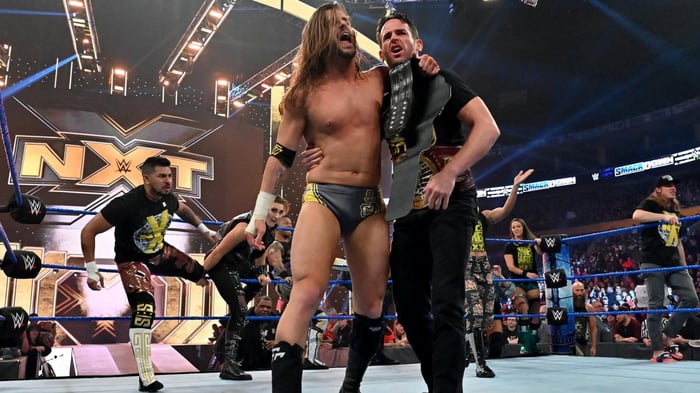 Overall revenue dipped 1.1% in the period to $186.3 million, below estimates at $191.5 million. Average paid subscribers to WWE Network declined 9% to 1.51 million, and the company forecast a continued to decline to 1.43 million in the fourth quarter, which was disappointing since its streaming service is supposed to be a source of growth.

Adjusted operating income before depreciation and amortization (OIBDA) fell 29% to $25.4 million, and earnings per share tumbled from $0.37 to $0.06, though that difference was mostly due to a tax benefit from the year before. That figure beat estimates at $0.02.

On the positive side, the company continued to forge new deals to air its programming on networks like Fox and USA, which should help spur growth. CEO Vince McMahon noted that the company's flagship programming is now seen on both broadcast and cable networks in the U.S. throughout the week.

The company cut its guidance on adjusted OIBDA for the full year from at least $200 million to a range of $180 million to $190 million as it cited a delay in a previously completed agreement in the Middle East and North Africa region and "accelerated investment to support content creation." Given WWE's reputation as a growth stock, investors were disappointed with the guidance cut.

The stock surged through 2017 and 2018 as the company signed programming deals with major networks, but the growth story has now suddenly slowed down. Though the company should get back on track as its more recent deals start to pay off, the stock's sell-off seems justified considering that shares had probably gotten overheated after rising so fast.