Investors tend to dislike stocks that lose nearly half of their value, and that's what OPKO Health (NASDAQ:OPK) has done so far in 2019. But the question in shareholders' minds as the company headed into the third quarter was: Can OPKO turn things around?

The company released its third-quarter results after the market closed on Tuesday. And the answer to that big question for investors was "not yet." Here are the highlights from OPKO's Q3 update. 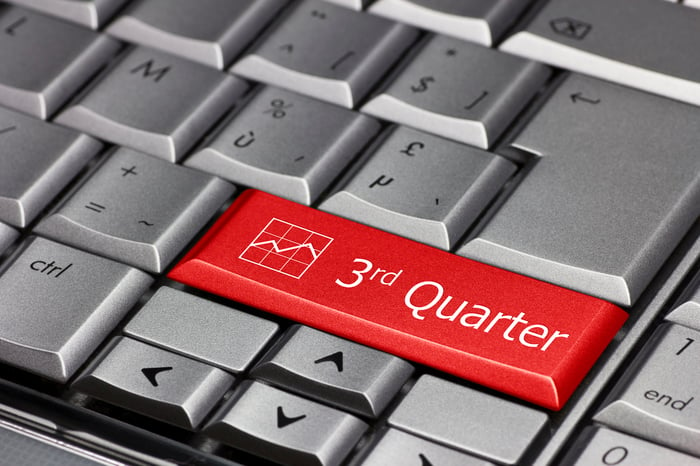 OPKO reported revenue in the third quarter of $228.8 million, down 8% from the prior-year period revenue total of $249.8 million. However, the figure narrowly topped the consensus Wall Street Q3 revenue estimate of $225.4 million.

OPKO ended the third quarter with cash, cash equivalents, and short-term investments of $64.7 million. That reflected a decrease from the $96.5 million on hand as of Dec. 31, 2018.

Most of OPKO's revenue comes from services, particularly the company's BioReference Labs business. This business continued to struggle in the third quarter. OPKO's services revenue fell nearly 11% year over year to $181.1 million

The second biggest source of OPKO's revenue is sales of its products, including calcium-reducing drug Rayaldee. OPKO has hoped for a while that Rayaldee would pick up a lot of momentum. Net revenue for the drug totaled $7.4 million in the third quarter, up from $5.6 million in the previous quarter. While 32% quarter-over-quarter growth sounds great, Rayaldee still amounts to only a drop in the bucket for OPKO.

The company's bottom line worsened in large part because of its lower revenue. OPKO's operating expenses decreased by more than 5% year over year to $267.8 million. However, its other expenses were significantly higher, and the company had an income tax expense in Q3 compared to an income tax benefit in the same quarter of 2018.

Investing in stocks requires a heavier focus on the future than on the past. Although OPKO's current situation doesn't look great, investors do have some things to watch that could help improve the company's fortunes.

OPKO and Pfizer announced positive results from the late-stage study of growth hormone somatrogon last month. Although the two companies haven't yet announced their next steps, it seems likely that a regulatory filing will be on the way. BioReference Labs has also established new alliances recently that could pay off with higher revenue in the near future.

On the pipeline front, OPKO expects to report data in the first quarter of 2020 from its open-label phase 2 clinical study evaluating Rayaldee in hemodialysis patients. The company also expects to announce results from a Japanese study of somatrogon next year.