The stock's pullback on Wednesday followed the company's third-quarter update. While adjusted earnings per share for the period beat analyst estimates, revenue was slightly below the consensus forecast. In addition, the company said it continues to expect challenges in digital advertising in the second half of the year. 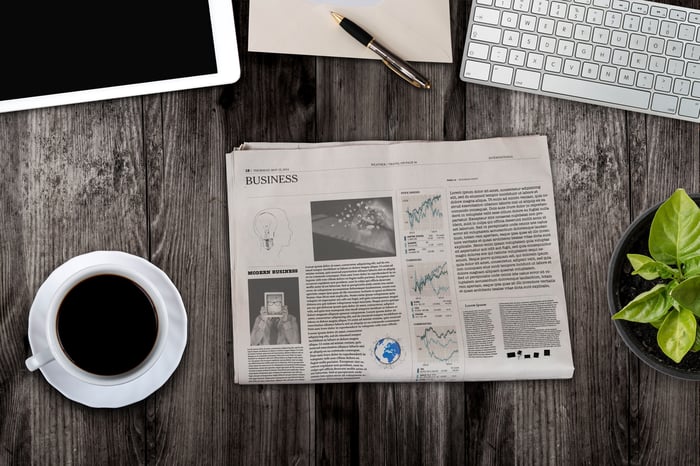 Adjusted earnings per share in its third quarter came in at $0.12, beating analysts' average estimate for $0.10. Revenue during the period rose 2.7% year over year to $428.5 million, missing a consensus forecast for $429.1 million.

Notably, the media company said that its paid digital-only subscriptions increased to 4.05 million -- a sequential increase of 273,000. Of these net additions in subscriptions, 209,000 came from its digital news subscription.

For the company's fourth quarter, it guided for subscription revenue to rise at a year-over-year growth rate in the low to mid single digits. Digital-only subscription revenue is expected to increase at a rate in the mid-teens. But management said total advertising revenue and digital-only advertising revenue are expected to fall at a year-over-year rate in the mid-teens during the period.