The decision to reanimate an Alzheimer's disease program that died eight months earlier gave investors a lot to think about.

Shares of Biogen (BIIB -0.63%), a giant biopharmaceutical operation, jumped after management told investors the company would reboot aducanumab's development. Enthusiasm for a potential new drug that might slow the progression of Alzheimer's disease (AD) sent this biotech stock 28.3% higher in October, according to data from S&P Global Market Intelligence.

In March, Biogen told everyone aducanumab failed to slow the loss of cognition for early-stage AD patients. During an interim observation, statisticians made privy to which volunteers were receiving aducanumab or a placebo said that continuing would be futile. 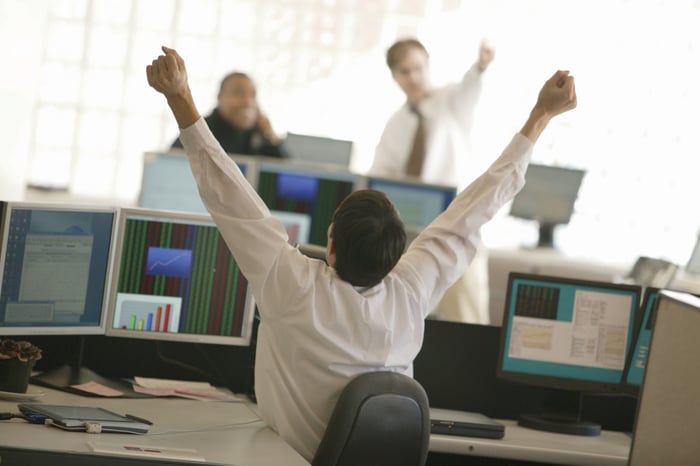 Luckily for Biogen, a few more months of dosing occurred before anyone shut down the pair of pivotal studies called Engage and Emerge. Once Biogen combined the results from patients treated for a few extra months, it looked like it might have a winner after all.

Encouraged by discussions with the FDA, Biogen decided to submit an application that includes a larger data set early next year.

Biogen's big stock price gain hasn't fizzled out yet, but the odds of approval based on the additional data are extremely slim. There currently aren't any drugs that can slow the progression of AD, which is something the agency will consider. The FDA's most controversial approvals have been for treating progressive, fatal diseases that threaten children, but the vast majority of AD patients are more than 65 years old.

It's also important to remember aducanumab is not a cure. The average patient receiving the monthly infusion can expect to lose as much of their mental capacity in five years as they would in about four years if left untreated.

That slight benefit also comes at the expense of AD patients' safety. At the dosage that was arguably effective, physicians still had to keep an eye out for encephalopathy or potentially fatal brain swelling that presented in around a third of patients. That's a big problem for a treatment that only seems to work for fairly healthy people in the earliest stages of the disease.