Shares of Dillard's (NYSE:DDS), one of the nation's largest department store retailers, soared over 24% Thursday morning after delivering a surprise third-quarter profit.

There were a couple of other noteworthy third-quarter figures. Dillard's posted a 13-basis-point increase in retail gross margins, which was a drastic turnaround from the second-quarter decline of 319 basis points. Comparable-store sales were flat, which was another sequential improvement from the 2% second-quarter decline. CEO William T. Dillard II said in a press release, "While we were not satisfied with the third quarter, it was a substantial improvement over the second quarter." 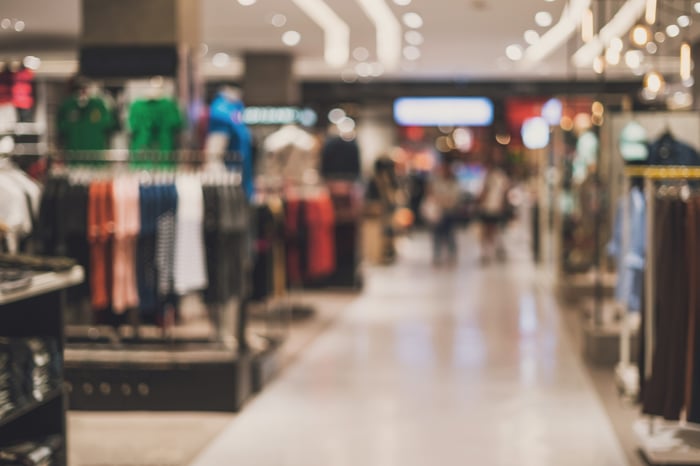 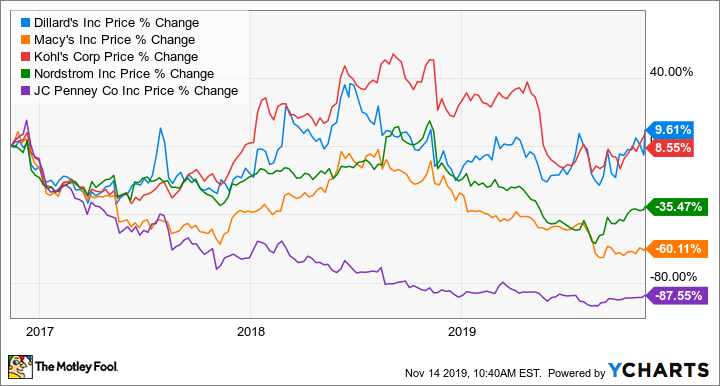 As you can see in the graphic above, compared with other department store retailers, Dillard's stock has performed better in the face of industry headwinds. Today's pop in stock price was a nice change of pace for investors, but the results are far from spectacular, even if better than expected. Time will tell if the retailer can continue to outperform its competitors, but investors would be wise to expect tariff uncertainty, slow foot traffic, e-commerce challenges, and perhaps increased discounting to continue affecting the industry.