It is no secret that the marijuana industry has been struggling of late, particularly in the once-much-hyped Canadian market. Though the opening of the recreational weed market in Canada was supposed to send pot stocks through the roof, a series of problems -- including supply issues and poor financial performances -- have weighed heavily on most cannabis companies. Cronos Group (NASDAQ:CRON) hasn't escaped the apocalypse: The company's shares are down by more than 60% since early March. Cronos released its third-quarter earnings report on Nov. 13, and although the company hardly hit a home run, there was one reason in particular to be optimistic about its future.

Nothing to brag about

Cronos' actual financial results weren't horrible, but they were barely passable. The company recorded net revenue of 12.7 million Canadian dollars, which represented 238% year-over-year growth and, more importantly, a 24% sequential increase. This was on the back of more than 3,000 kilograms of cannabis sold, a 511% jump compared to the year-ago period, but the company's revenue still came in a bit below analyst estimates. Further, Cronos' gross margin for the quarter decreased by 14 percentage points year over year and by 12 percentage points sequentially, and its net revenue per gram sold also dropped by 42% compared to Q2. 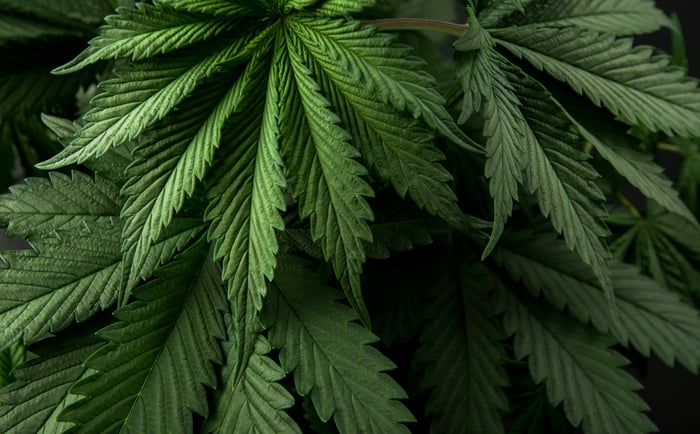 Lastly, the company did record net income of more than CA$700 million. However, there's a catch: Cronos recorded a significant amount of money in other income, which had nothing to do with its core operations and instead had to do with adjustments the company made in relation to the Altria (NYSE:MO) investment. The tobacco giant invested $1.8 billion in Cronos and acquired a 45% stake in the pot grower. During the third quarter, Cronos benefited from a CA$835.1 million gain from the revaluation of derivative liabilities. Without this source of income, the company would have recorded a net loss.

Cronos' deal with Altria may be about to pay off

Despite its perpetually mediocre financial results, many investors and analysts are still holding out hope that Cronos will turn things around, most likely due to its partnership with Altria. While this deal has yet to bear fruit -- other than Cronos having access to boatloads of cash -- that may be about to change. In its press release announcing its Q3 financial results, Cronos revealed its latest venture, hemp-derived cannabidiol (CBD) brand, Peace+. The brand is set to launch in the U.S., and according to Cronos:

The U.S. CBD market promises to be lucrative, especially considering hemp-derived CBD was legalized at the federal level late last year. Thanks to its partnership with Altria, Cronos will have a strong distribution channel to test the waters with its new brand, and depending on how things go, Peace+ could make a material impact on the company's earnings.

Cronos Group's Q3 financial results did little to appease investors, but its venture into the U.S. CBD market seems promising. However, it is much too soon to pin our hopes on Cronos' latest initiative, and the company will have to produce much better results to become even reasonably attractive.