Kohl's third-quarter revenue checked in at $4.63 billion, flat compared to the prior year but better than analysts' estimates that called for $4.40 billion. Despite the better-than-expected top-line result, Kohl's posted adjusted earnings per share of $0.74 for the third quarter, well below the $0.86 per share analysts expected. Kohl's returned to growth with comparable-store sales increasing 0.4% during the quarter, but even that result was lower than analysts' estimates calling for 0.8% growth. On the downside, management noted that competitive pressure picked up, which led to price cuts and a 67-basis-point decline in gross margin to 36.3%.

"The quarter started off positive in August with another successful back-to-school season and ended strong in October. We enter the holiday period with momentum and are strategically increasing our investments to take advantage of the unique opportunity to fuel growth and customer acquisition," said Michelle Gass, Kohl's CEO, in a press release. 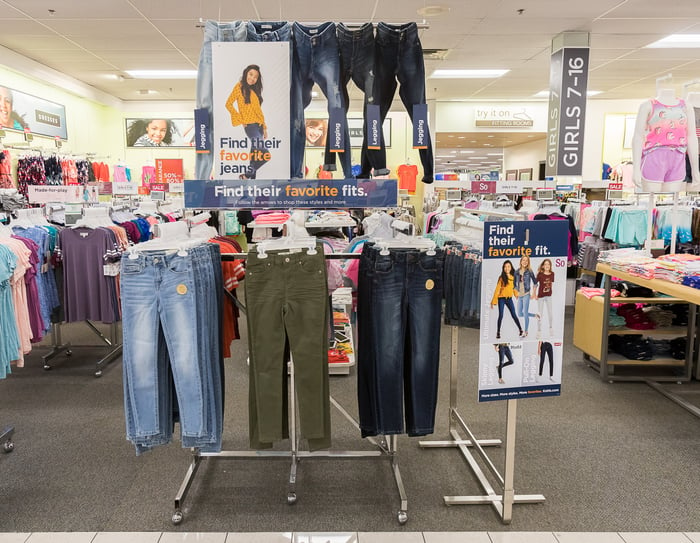 Here's the kicker, and the likely driving force behind today's double-digit stock price decline: Management now believes full-year earnings per share will check in between $4.75 and $4.95, down from the prior range of $5.15 to $5.45 and well below analysts' estimates of $5.19. Management has poured capital into multiple initiatives in an attempt to reignite growth, including the partnership with Amazon that enables customers to return Amazon products in stores. And while management is happy to spend now on initiatives it hopes will drive long-term results, there aren't any signs these initiatives are starting to gain traction. It certainly appears Kohl's and the department store industry are facing headwinds as we enter the critical holiday season.