Shares of Meritor (NYSE:MTOR), a global supplier of drivetrain, braking, and other aftermarket automotive solutions for vehicles, jumped as high as 16% Tuesday morning after markets digested the announcement that Meritor will join the S&P SmallCap 600 index.

The announcement actually contained additional moves. NexPoint Residential Trust (NYSE:NXRT) will replace Avon Products, as the latter is expected to be acquired pending remaining conditions, and Meritor will replace The Medicines Company (NASDAQ:MDCO), as the latter is also being acquired by Novartis. At first glance this development is a positive for Meritor as well as NexPoint, because being included in the index will put it in front of more investors and, in theory, will raise demand for the stock. And while there is generally a short-term reaction of stocks moving higher when they enter the index, while those getting the boot trade lower, research shows the movement doesn't last and the long-term trend of the stock is still determined by the company's financial potential. 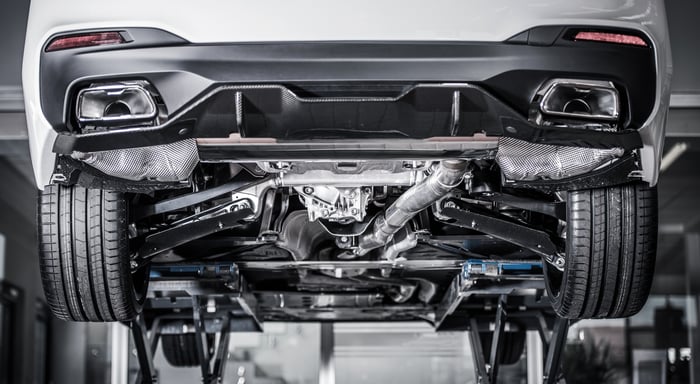 While Meritor's move into the S&P SmallCap 600 index won't hurt anything, investors would be wise to take today's double-digit pop in stock price with a grain of salt. Rather, investors interested in Meritor should dig into the company's plan to drive performance as the North American automotive industry plateaus. In recent years the company has improved its sales, adjusted EBITDA margin, and adjusted earnings per share from continuing operations, but the company also expects revenue to decline from $4.4 billion during fiscal 2019 to a range of $3.7 billion to $3.8 billion in fiscal 2020.