The consumer discretionary stock climbed almost 6% on Dec. 10, 2019, alone on the heels of Thor's quarterly update, then continued to rise over the next two weeks as investors absorbed the news. 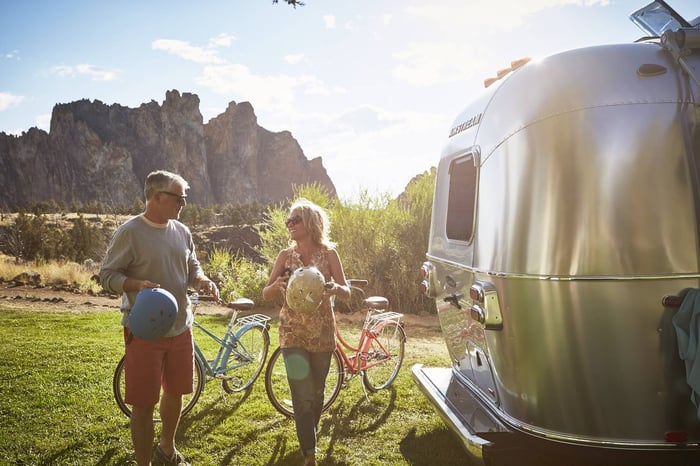 Thor said its quarterly net sales increased 22.9% year over year to $2.16 billion -- a figure that, to be fair, included $493 million in sales from last year's acquisition of European RV leader Erwin Hymer Group. On the bottom line, that translated to adjusted net income of $1.50 per share. For perspective, these results were technically mixed relative to Wall Street's expectations, with analysts' consensus estimates calling for higher revenue of $2.23 billion, but significantly lower earnings of $1.23 per share.

Thor CEO Bob Martin credited the outsize profitability to a "pronounced improvement in our operating results, reflecting the benefits of the flexible and highly variable cost model we have developed, as we increased gross profit margins in our North American RV segments despite modest decreases in net sales."

Martin added that the integration of Erwin Hymer "is advancing as planned," particularly as Thor takes advantage of its global supply chain to drive operational efficiency.

Thor also reiterated its longer-term guidance calling for annual net sales of $14 billion, gross margins of 16%, and $3 billion in operating cash flow by the end of fiscal 2025.