Please ensure Javascript is enabled for purposes of website accessibility
Log In Help Join The Motley Fool
Free Article Join Over 1 Million Premium Members And Get More In-Depth Stock Guidance and Research
By Demitri Kalogeropoulos - Jan 24, 2020 at 11:25AM

P&G raised its outlook after posting another strong quarter.

Investors pushed Procter & Gamble (PG -0.77%) shares well ahead of the market last year. Its 35% stock price rally was unusual given that it runs a massive business whose consumer staples focus supports predictably steady results. Yet P&G's operating momentum took a surprising turn higher in 2019, and investors responded by raising their expectations.

On Thursday, the company extended that streak of positive momentum into early 2020 by announcing broadly strong fiscal second-quarter results and boosting its outlook for the year. Let's take a closer look. 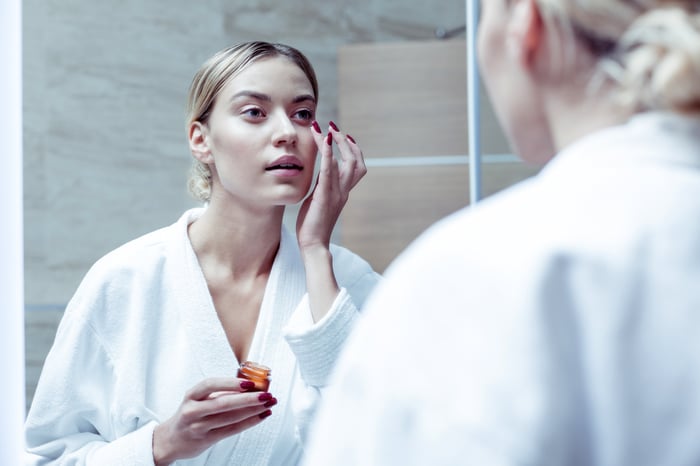 As expected, P&G's growth rate decelerated from the scorching 7% increase it had managed over the prior six months. But its rebound is still firing on all cylinders. Sharp demand increases in its beauty, healthcare, and fabric care segments met with more modest boosts in each of its other two units to generate a 5% organic sales gain.

Looking beyond the headline figure, investors saw several factors confirming strong sales growth. P&G achieved a good balance between organic volume and pricing increases, with volume contributing slightly more toward overall growth. Rival Kimberly-Clark, in contrast, reported another quarter of reduced volume this week and had to rely on price increases to deliver all of its organic growth for the quarter.

P&G's pace of gains indicates market share wins across most of its portfolio and in both established markets like the U.S. and emerging ones such as China. "We delivered another strong quarter of organic sales growth," CEO David Taylor said in a press release.

P&G's 8% spike in its high-margin beauty product division was helpful to the bottom line. But several more factors contributed to its gleaming finances this quarter. The company also benefited from higher prices, reduced expenses, and increased manufacturing and supply-chain efficiencies. Altogether, these improvements allowed operating its already industry-leading profit margin to rise by 2 full percentage points toward 22% of sales. As a result, core earnings jumped 15% to significantly outpace the 5% sales boost.

P&G converted all of its earnings into free cash, too, and that success allowed for aggressive cash returns to investors, with dividend payments reaching $1.9 billion as stock repurchase spending hit $3.5 billion.

Taylor and his team took the opportunity to raise each of its financial targets for the full 2020 fiscal year. They now see organic sales rising by between 4% and 5% rather than the prior range of between 3% and 5%. The consumer staples leader's earnings should now rise by nearly 11% at the midpoint of guidance, compared to the prior goal of 8%.

Investors can look forward to seeing that growth support a brighter global sales picture this year, but the more immediate benefit will come from P&G's cash returns. The company now expects to spend roughly $8 billion on stock buybacks in 2020. Meanwhile, the improving cash flow points to a potentially large dividend increase when executives set their annual payout in a few months.