Management sees revenue growing faster in the second half of the fiscal year.

Shares of Accuray (ARAY -2.97%), which sells radiosurgery and radiation therapy systems for treating cancer, were up 13% at 4:57 p.m. EST in after hours trading after the company reported better-than-expected fiscal second quarter results. Management noted that the company expects revenue growth to improve in the second half of fiscal 2020.

There were 11 orders from China during the quarter, highlighting the company's strategy to go after sales in the world's fastest growing market for radiation oncology systems. 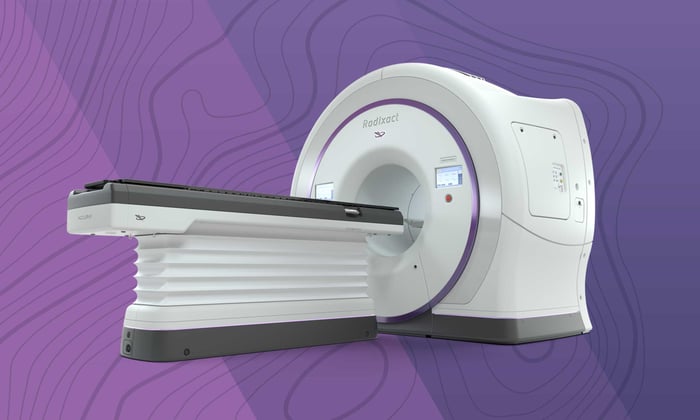 The healthcare company turned a profit in the quarter, but that was entirely due to a non-cash, special gain of $13 million related to its joint venture in China. Backing out the gain, the company would have lost $2.3 million, which would still be better than the $4.6 million loss Accuray registered in the year-ago quarter.

Management expects revenue of $410 million to $420 million for the year, suggesting sales will grow faster in the second half of fiscal 2020 in part because the company will be able to start recognizing revenue from China Type A systems starting in the fourth fiscal quarter. Accuray has confirmed that the trade war between the U.S. and China won't affect the company because all of its systems qualify for China's tariff exemption for medical linear accelerators.