Please ensure Javascript is enabled for purposes of website accessibility
Log In Help Join The Motley Fool
Free Article Join Over 1 Million Premium Members And Get More In-Depth Stock Guidance and Research
By Keith Speights - Updated Jan 30, 2020 at 11:59AM

Shares of Sundial Growers (SNDL 5.67%) were crashing 28.3% as of 11:31 a.m. EST on Thursday after the Canadian cannabis producer announced the unexpected departure of CEO Torsten Kuenzlen. Sundial stated in a press release that Kuenzlen had resigned as CEO and as a director of the company "effective immediately, to pursue other interests." The company also said that COO Brian Harriman will be leaving.

Sudden changes at the top nearly always rattle investors. This kind of game of musical chairs often has an underlying reason that can be an even bigger cause for concern. 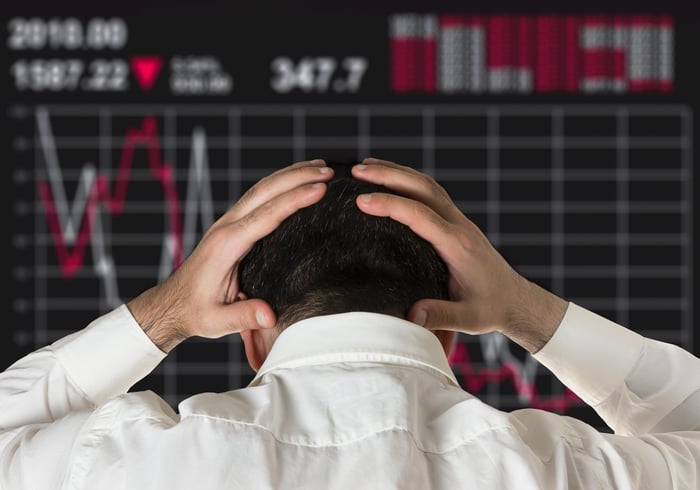 Sundial didn't provide any additional details about the resignation of Kuenzlen or the departure of Harriman. Investors can only speculate what caused the unexpected changes.

The company has already named replacements for both men. Zach George, currently on Sundial's board, will step into the CEO role and remain on the board. Andrew Stordeur, president of the company's Canadian operations, will take over as president and COO.

Canadian marijuana stocks had a tumultuous year in 2019, and Sundial's shares plunged nearly 65%. It's possible that a new management team will get the company back on track. The entire cannabis industry should benefit from several tailwinds this year, including an improving retail environment in the Province of Ontario and a pickup in momentum for the cannabis derivatives market. But investors should remain very cautious about buying Sundial shares in hopes of a quick rebound with the cloud of uncertainty over the company.