Investors hoped for a positive catalyst when Centene reported its 2019 fourth-quarter and full-year results before the market opened on Tuesday. While they did get some good news, it wasn't enough to get overly excited about. Here are the highlights from Centene's Q4 update. 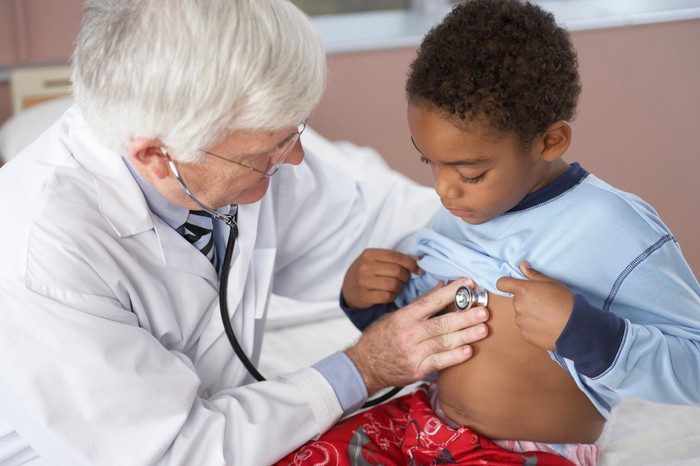 Centene announced Q4 revenue of $18.9 billion, a 14% increase from the $16.6 billion reported in the same quarter of the previous year. This result was also higher than the average analysts' revenue estimate of $18.43 billion.

The company reported net income in the fourth quarter of $209 million, or $0.49 per share, based on generally accepted accounting principles (GAAP). But this bottom-line performance wasn't as good as Centene's GAAP net income of $241 million, or $0.57 per share, in the prior-year period.

Centene posted Q4 adjusted earnings of $0.73 per share, up 6% year over year. This result met the consensus Wall Street estimate.

Over two-thirds of its total revenue coming from its Medicaid managed-care plans, so this business is the biggest driver of Centene's growth. In the fourth quarter, the company's Medicaid revenue increased 12% year over year to $12.8 billion.

Despite its solid revenue growth in Q4, Centene's GAAP earnings fell from the prior-year period due to increased operating expenses, including higher medical costs. However, the company's non-GAAP earnings improved, thanks in large part to adjustments for acquired intangible assets and acquisition-related expenses.

The key thing to look forward to now with Centene is the company's integration of Wellcare, following the close of the acquisition of the health plan in January. This deal bolsters Centene's Medicare and Medicaid businesses.

Centene CEO Michael Neidorff noted this transaction in his comments about the company's 2019 fourth-quarter and full-year performance. He said that thanks to the Wellcare acquisition, Centene will now "have even greater scale and diversification."

Perhaps the biggest question for healthcare stocks in general, and especially health plans like Centene, is what changes the 2020 U.S. elections might bring. Some of the leading Democratic presidential candidates advocate a Medicare for All program that could negatively impact Centene's business. However, Neidorff doesn't appear to be too concerned. He stated that Centene "look[s] ahead to 2020 and beyond with great confidence in the opportunities that lie ahead."

Should You Buy This Market-Beating Blue Chip Stock?