The medical device maker posted mixed results in Q4. And the coronavirus outbreak is weighing on its 2020 Q1 outlook.

You might say that Boston Scientific (BSX 0.54%) delivered an average performance in 2019. But while the stock delivered a gain that nearly exactly matched that of the S&P 500 index last year, it's hard to look at a 28% jump as just average.

This year hasn't started off as positively for the medical device maker, though. But Boston Scientific announced its fourth-quarter results before the market opened on Wednesday, giving investors some good news -- along with some news that wasn't as good. Here are the highlights from the company's Q4 update. 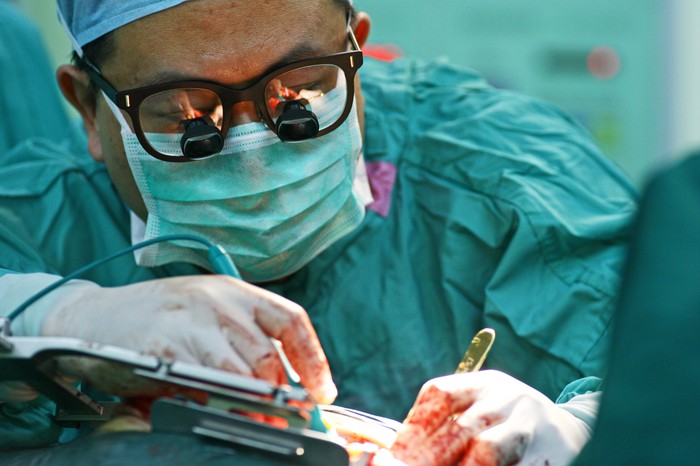 Boston Scientific reported fourth-quarter revenue of $2.91 billion. This reflected a 13.4% year-over-year jump, but it fell a little short of Wall Street's consensus Q4 revenue estimate of $2.92 billion. However, the revenue figure was within the company's guidance for the fourth quarter.

The company announced net income of $4 billion, or $2.83 per share, in the fourth quarter based on generally accepted accounting principles (GAAP). This represented a significant improvement from GAAP net income of $386 million, or $0.27 per share, reported in the same quarter of 2018.

Boston Scientific posted adjusted net income of $0.46 per share, up from adjusted earnings of $0.39 per share in the prior-year period. It also beat the analysts' average earnings estimate of $0.44 per share.

Boston Scientific's weakest link in the fourth quarter was its rhythm and neuro segment. Revenue for this segment rose 3.5% year over year to $817 million. Cardiac rhythm management sales slipped 3.3% from the prior-year period to $473 million. This was offset by an 18.7% year-over-year sales gain for neuromodulation and a 3% gain for electrophysiology to $261 million and $84 million, respectively.

The company also reported $58 million in sales in Q4 for its specialty pharmaceuticals business. Boston Scientific picked up this business with its acquisition of BTG in August 2019.

Some healthcare stocks are being impacted by the coronavirus outbreak in China that has also spread to other parts of the world. Boston Scientific isn't an exception.

The company expects revenue growth of between 10% and 12% in the first quarter of 2020, with organic growth of 5% to 7%. This outlook includes a negative sales impact of between $10 million and $40 million due to the potential effects of the coronavirus scare on procedure volumes in China.