Ouch! Shares of the electric-car maker just got slammed. Here's why.

The stock's pullback comes as several analysts express concerns about valuation. Further, the company said it is delaying deliveries of Model 3 vehicles in China, citing the coronavirus outbreak. Of course, it's also a natural time for the stock to take a breather; even including the stock's fall on Wednesday, shares are up 140% in the past three months and 70% in the last 30 days. 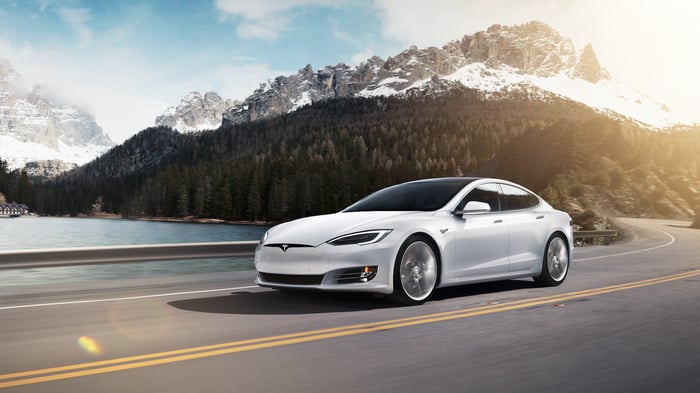 Canaccord Genuity analyst Jed Dorsheimer cut his rating on Tesla stock from buy to hold on Wednesday, maintaining a 12-month price target of $750. He cited the stock's pricier valuation after its run-up, as well as headwinds in China at the company's factory in Shanghai.

Meanwhile, Morgan Stanley analyst Adam Jonas said the stock's meteoric rise has led to "more questions than answers" for investors as they try to understand the automaker's current valuation.

Tesla said on Chinese social network Weibo that vehicles scheduled for delivery in the market in early February will be delayed. "We will catch up the production line once the outbreak situation gets better," explained vice president of Tesla Global Tao Lin.