As you can see from the chart below, nearly all of those losses came after the company reported earnings on Jan. 23. 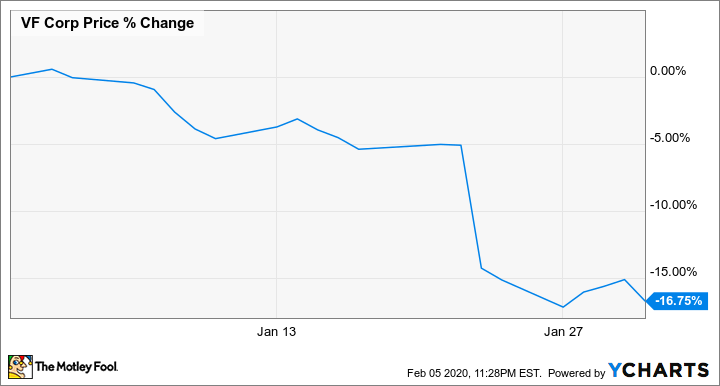 VF, which owns a number of popular brands including Vans, Timberland, and The North Face, said that total revenue in the quarter rose 5% to $3.38 billion, or 7% in constant currency and excluding the Occupational Work business, which VF announced two days earlier it plans to sell. That result missed analyst estimates at $3.43 billion. 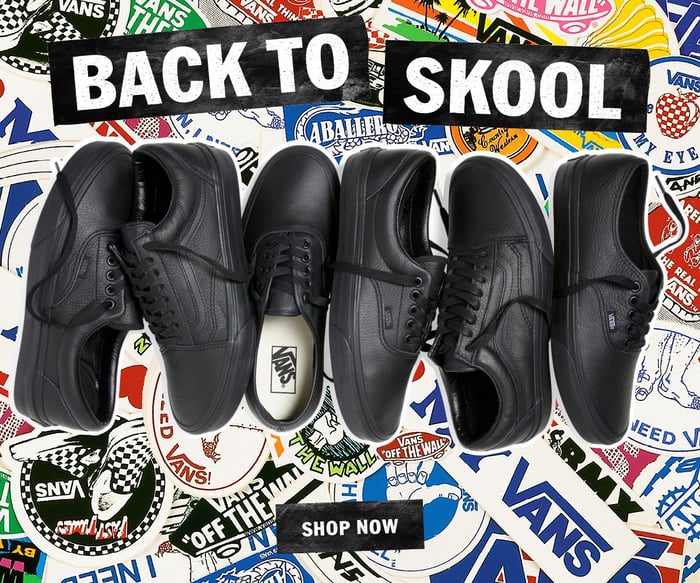 Performance was particularly weak at Timberland, where sales fell 5% globally. Vans, on the other hand, continued to deliver strong results with revenue up 12% in the quarter, though that was its slowest growth rate in two years.

CEO Steve Rendle said: "Our third-quarter performance was strong, and our year-to-date results are at the high end of our long-term growth objectives. Despite a mixed holiday season in the U.S., we're on track to deliver solid performance and are well positioned for continued growth and value creation in fiscal year 2021."

What seemed to throw investors off most was the company's guidance. Management trimmed its full-year revenue forecast from $11.8 billion to $11.75 billion, representing 5% growth, or 7% excluding currency, divestitures, and acquisitions. It also lowered its adjusted EPS guidance to $3.30, from a range of $3.32 to $3.37.

A warm winter may be hurting its outdoor segment, which includes North Face and Timberland, so some of those headwinds will be temporary. VF Corporation has long been one of the best operators among apparel stocks, and it's clear that some of its brands, like Vans, are still gaining market share. Keep an eye on the prospective sale of its noncore Occupational Work brands, since that could help free up cash to invest in areas like Timberland.