Shares of the genetic disease specialist were essentially flat in late afternoon trading.

Alnylam Pharmaceuticals (ALNY -3.24%) reported its fourth-quarter and full 2019 financial results on Thursday, and its revenue growth was awesome -- up 240% year over year, which beat its estimates. But the large-cap biotech reported a worse loss than expected, missing its forecast by $0.25 a share. 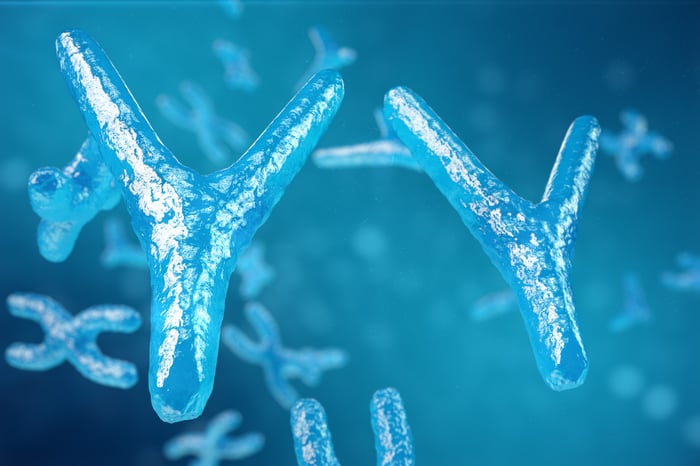 Alnylam specializes in drugs based on RNA interference (RNAi), which can be used to suppress the action of malfunctioning genes that are causing genetic diseases. The company's lead compound, Onpattro, is approved to treat transthyretin-mediated amyloidosis (ATTR), a protein disorder that can cause organ damage.

For the fourth quarter, Onpattro brought in $55.8 million for Alnylam. Overall, the drug had $166.4 million in sales in 2019. The biotech also reported collaborative revenues from Sanofi and Regeneron of $15.7 million for Q4, and $53.2 million for the full year.

In December, Alnylam was surprised with an early Food and Drug Administration approval for its second drug, Givlaari. It's the first approved treatment for acute hepatic porphyria, another genetic disorder. Givlaari has no significant revenues yet ($200,000).

For 2020, Alnylam is forecasting that revenues will fall in the range of $285 million to $315 million for Onpattro. And the company believes that its collaboration revenues will jump to at least $100 million, and perhaps as high as $150 million. The company did not offer a 2020 sales forecast for the newly launched Givlaari.