Investor skepticism reached a high point after a bearish analyst call during the holidays.

Shares of Canada Goose Holdings (GOOS 3.87%) lost 17.2% in value last month, according to data provided by S&P Global Market Intelligence. The drop last month continued a year-long slide in the stock price after peaking in late 2018.

The sell-off reached an extreme after an analyst note surfaced in December that claimed Canada Goose was discounting its outerwear during the holiday season. This might point to soft demand and potentially a weak holiday quarter, which is Canada Goose's peak selling season. 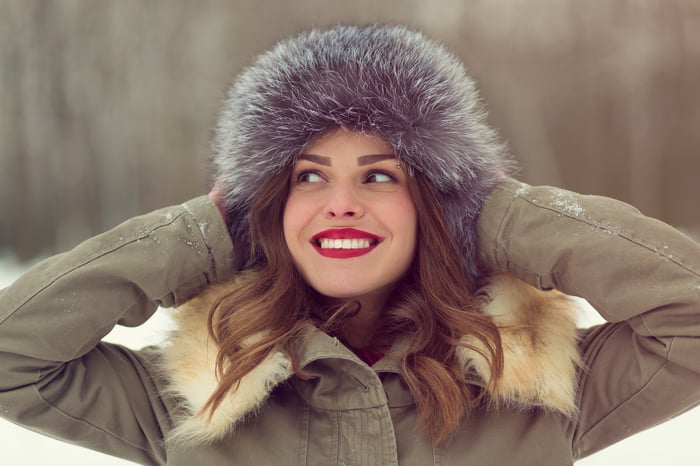 Canada Goose has been one of the hottest apparel brands over the last few years. In the most recent quarter, revenue jumped 27.7% year over year to $294 million, with adjusted earnings increasing by 23.9%. This signaled strong momentum heading into the holiday quarter.

During the fiscal second-quarter conference call, management reiterated its full-year outlook, calling for revenue to be up by at least 20% over the previous year and for adjusted earnings to be up 25%.

The analyst claimed that jacket prices were being discounted by an average of 13% during the holiday quarter, which is nearly twice the 7% average discount from the year before.

Keep in mind, other premium apparel manufacturers use discounting to move excess inventory to some degree. The analyst could be right, but that may not necessarily translate to a weak quarter.

As they say, the proof is in the pudding. We'll know more when Canada Goose reports fiscal third-quarter earnings on Friday, Feb. 7, before the market opens.