Please ensure Javascript is enabled for purposes of website accessibility
Log In Help Join The Motley Fool
Free Article Join Over 1 Million Premium Members And Get More In-Depth Stock Guidance and Research
By Beth McKenna - Feb 11, 2020 at 9:30AM

Shares popped 3.2% during Monday's after-hours trading session. We can attribute the market's pleasure to the company's quarterly revenue and earnings beating Wall Street's consensus estimates, along with revenue guidance for the first quarter and full-year 2020 coming in higher than analysts had been expecting.

RingCentral stock is up 29.6% in 2020 and up a whopping 111% for the one year through Monday's regular trading session, compared to the S&P 500's 3.9% and 26.3% returns, respectively, over these periods. Shares of fellow unified communications-as-a-service (UCaaS) company Zoom Video Communications have also zoomed out of the gate this year with their 31.8% gain. (Zoom held its initial public offering, or IPO, in April, so it hasn't traded for a year.)

Here's how the quarter worked out for RingCentral and its investors. 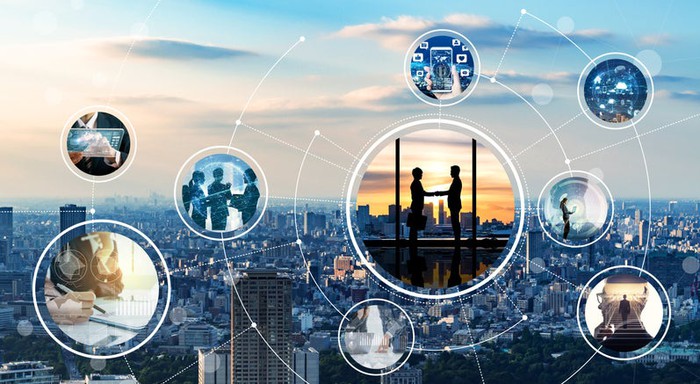 Adjusted for one-time items, the company's operating income significantly improved year over year, while its net income and, thus, EPS were close to unchanged. A key reason for this apparent disconnect is that its non-GAAP tax rate was 22.5% in the just-reported quarter compared to nearly 0% in the year-ago period.

Wall Street was looking for adjusted EPS of $0.21 on revenue of $239.5 million, so RingCentral slightly beat the earnings expectation and comfortably exceeded the top-line consensus.

What happened with RingCentral in the quarter?

Here's what Shmunis had to say in the earnings release:

Fourth-quarter results were outstanding, driven by continued momentum in mid-market and enterprise markets. We are very excited to have surpassed our previous goal of a $1 billion annual revenue run rate ahead of schedule. Our success is rooted in our deep commitment to product excellence and a culture of strategic partnerships, as evidenced by our unique relationships with AT&T, Avaya, and now Atos. These partnerships are a strong validation of our industry leadership and provide additional opportunities for our long-term growth.

For full-year 2020, the company guided for revenue of $1.125 billion to $1.135 billion, representing growth of 25% to 26% year over year. It also anticipates adjusted EPS of $0.93 to $0.94, representing growth of 15% to 16%. The EPS outlook "reflects additional imputed shares from the convertible debt due to stock price appreciation and shares issued to Avaya in November 2019, which if excluded would have increased the guidance range by $0.04."

Going into the earnings release, analysts had been modeling for 2020 adjusted EPS of $0.93 on revenue of $1.1 billion. So, the revenue guidance surprised to the upside, while the EPS outlook came in essentially in line.