The AI-driven data center business had a blowout fourth quarter.

NVIDIA (NVDA -2.51%) reported its fiscal fourth-quarter and full-year 2020 results after the market closed on Thursday, Feb. 13. For the quarter, the graphics processing unit (GPU) specialist's revenue soared 41% year over year to $3.11 billion, driven by record revenue in its artificial intelligence (AI)-driven data center platform. Earnings per share adjusted for one-time items rocketed 136% to $1.89.

Both the top and bottom lines were also up sequentially from the third quarter, and both breezed by Wall Street consensus estimates, with the earnings beat particularly sizable. Analysts were looking for adjusted earnings per share (EPS) of $1.66 on revenue of $2.96 billion.

Notably -- and as widely expected -- the quarter ended NVIDIA's four-consecutive-quarter string of revenue and earnings declines on a year-over-year basis.

Shares immediately rose more than 6% in after-hours trading on Thursday and traded up within the 5% to 6.5% range during most of the session. We can attribute the market's delight to the quarter's better-than-anticipated revenue and earnings results, as well as first-quarter guidance for both the top and bottom lines coming in stronger than Wall Street had expected.

In 2020, NVIDIA shares have raced out of the gate, gaining 15.1% through Thursday's regular trading session, compared with the S&P 500's 4.7% return. Given the stock's robust performance after hours on Thursday, investors can probably expect the tech stock to add to that year-to-date tally on Friday. 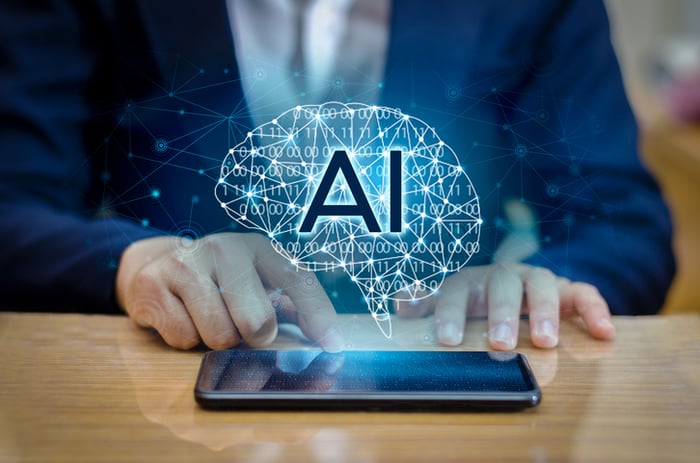 NVIDIA had guided for fourth-quarter adjusted EPS of $1.65 on revenue of $2.95 billion. So its results surpassed its outlook, as well as Wall Street's estimates.

Quarterly results also continued their sequential rebound, with revenue and adjusted EPS up 3% and 6%, respectively, from the third quarter.

NVIDIA's year-over-year revenue growth was driven by the powerful performances of its data center and gaming businesses, though professional visualization also contributed to growth. The sequential growth was entirely driven by the data center platform, which had a phenomenal quarter, posting record quarterly (and annual) revenue. Professional visualization's quarterly revenue was also a record.

In her CFO commentary, Colette Kress had this to say about the Q4 growth drivers for the company's three largest businesses:

On the earnings call, CEO Jensen Huang attributed the data center's amazing performance to the rapid adoption of AI for an increasing number of applications, calling out natural language processing and internet recommender systems several times.

NVIDIA said in its earnings release that it's still in discussions with China's regulatory agency, the State Administration for Market Regulation, regarding its pending acquisition of Mellanox, a supplier of interconnect solutions for servers and storage. The company originally expected this all-cash $6.9 billion deal to close by the end of calendar year 2019, but last quarter, it pushed back that date to early 2020. It still "believes the acquisition will likely close in the early part of calendar 2020."

Q1 guidance is robust, though reduced due to the coronavirus

NVIDIA turned in a terrific quarter.

Wall Street had been modeling for Q1 revenue of $2.85 billion, so the company's outlook came in stronger than expected.

NVIDIA also guided (albeit indirectly, by providing a bunch of inputs) for adjusted EPS of $1.61, according to my calculations. This represents growth of 83% year over year. Analysts had been anticipating adjusted EPS of $1.52, so the company's profit guidance also surprised to the upside.