Please ensure Javascript is enabled for purposes of website accessibility
Log In Help Join The Motley Fool
Free Article Join Over 1 Million Premium Members And Get More In-Depth Stock Guidance and Research
By Steve Symington - Feb 19, 2020 at 8:30AM

But the stock's recent rally could explain its post-earnings movement.

SS&C Technologies Holdings (SSNC -0.68%) announced stronger-than-expected fourth-quarter 2019 results late last week. And though shares of the financial services software leader initially popped in response, the top tech stock has all but given up its post-earnings gains as investors reconciled the quarterly beat and a recently raised dividend with the company's apparently tepid forward guidance.

Let's take a closer look at how SS&C ended the year, starting with its headline numbers, as well as what investors should be watching in the coming quarters.

As measured by segment, software-enabled services revenue grew 4.2% year over year to $974.5 million, while license and maintenance revenue grew 30.3% to $229 million. Meanwhile, SS&C also completed its previously announced acquisition of Algorithmics from IBM in early December, and raised its quarterly dividend by 25% to $0.125 per share.

Going into a new decade, we are confident in our financial strength and the resiliency of SS&C's business model. The financial services and healthcare markets we serve are complex and demanding. The investments we make in expertise, talent, innovative technology, and value-add services have and will pay dividends well into the future. 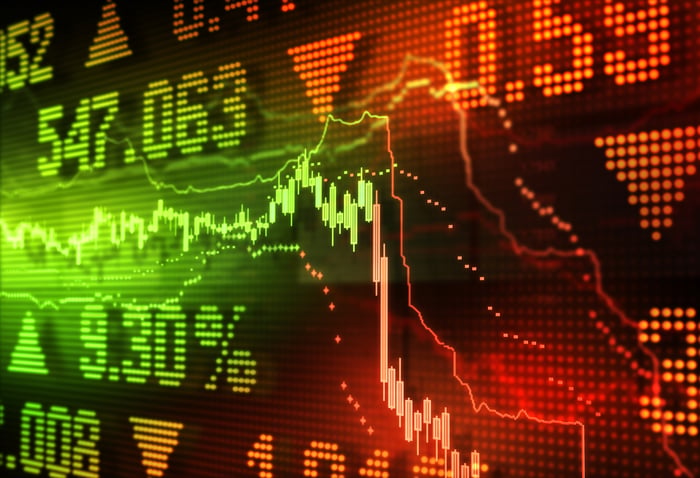 For the first quarter of 2020, however, SS&C told investors to expect revenue of $1.15 billion to $1.19 billion, the midpoint of which represents just 1.7% year-over-year growth. That should translate to adjusted net income of $248.5 million to $264.5 million, or roughly $0.93 to $0.99 on a per-share basis. Most analysts were modeling first-quarter earnings and revenue near the high end of SS&C's target ranges.

To be fair, SS&C has soared more than 40% from last year's lows, likely leaving some traders keen to take profits off the table in light of the company's conservative forward view. Given the recent momentum of its underlying business and SS&C's persistent habit of underpromising and overdelivering, however, I won't be the least bit surprised if the stock continues to drift higher from here.