Please ensure Javascript is enabled for purposes of website accessibility
Log In Help Join The Motley Fool
Free Article Join Over 1 Million Premium Members And Get More In-Depth Stock Guidance and Research
By Beth McKenna - Feb 20, 2020 at 7:50AM

American Water Works (AWK 0.36%) released its fourth-quarter and full-year 2019 results after the market close on Tuesday, Feb. 18. The largest publicly traded water and wastewater utility in the United States capped off a strong year with a solid quarter.

Shares were essentially unchanged on Wednesday. American Water stock has started 2020 on a strong note: It's returned 13.3% through Wednesday, easily outpacing the S&P 500's return over this period. 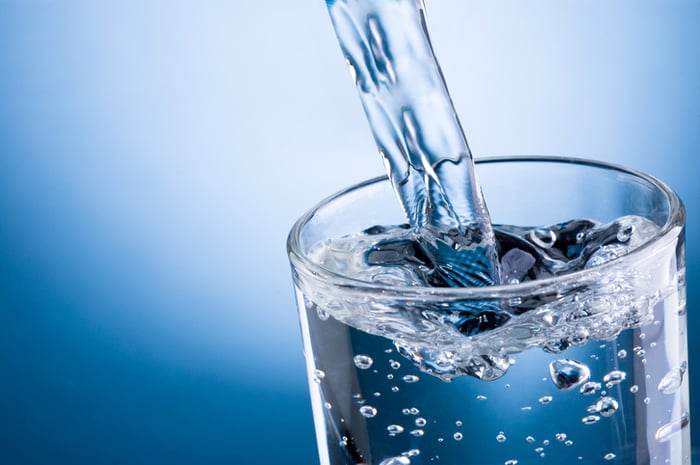 The adjusted EPS result excludes a $0.19 after-tax loss from the sale of Keystone Clearwater Solutions' operations. That market-based business, which American Water acquired in 2015, provides water and related services to natural gas exploration and production companies working in the Appalachian Basin. (These energy companies use the water for hydraulic fracturing, or "fracking.")

Wall Street was looking for adjusted earnings per share of $0.73 on revenue of $923.9 million, so American Water hit the profit expectation on the bull's-eye, while revenue came in somewhat lighter than analysts had projected.

Here's how the segments performed in the quarter.

In 2019, the company's market-based business growth was driven by the continued strong performance of the homeowner services business. Its military services group also contributed to growth, as it was awarded long-term contracts for two new bases: Joint Base San Antonio and the U.S. Military Academy at West Point.

American Water's key adjusted operation and maintenance efficiency ratio was 34.5% in 2019, an improvement from 35.6% in 2018. This ratio, which is for the trailing one-year period, reflects how well the company is controlling costs in its regulated utility business. The lower the ratio, the better.

Here's most of what CEO Susan Story had to say in the earnings release:

We continued our strong growth in 2019 through outstanding execution and performance by our employees. Our 2019 adjusted EPS increased 9.4% over 2018. We invested $1.7 billion in our water and wastewater systems to ensure safe, clean and reliable water and water services for our customers. And we added 67,000 new customers through closed acquisitions and organic growth, and look forward to welcoming an additional 44,200 customers through signed acquisitions following regulatory approval.

Additionally, we are proud to have been named to the Global 100 Index, an announcement made in Davos, Switzerland, last month by Corporate Knights, Inc., as one of the world's 100 most sustainable corporations. American Water was ranked No. 16 overall, joining only 16 other U.S. companies and [was] the only U.S. utility named to the list.

As Story noted, management reiterated its 2020 adjusted EPS outlook. The company initially announced this guidance ahead of its annual investor day in mid-December.

American Water has a solid record of raising its initial annual guidance, so investors can probably expect earnings growth at the high end of (or above) the range noted above.

Lastly, Story is retiring effective April 1. The CEO transition should be as smooth as possible considering that longtime COO Walter Lynch will be succeeding Story.