Please ensure Javascript is enabled for purposes of website accessibility
Log In Help Join The Motley Fool
Free Article Join Over 1 Million Premium Members And Get More In-Depth Stock Guidance and Research
By Keith Speights - Feb 20, 2020 at 7:00AM

Demand continued to be strong for the medical technology company's pulse oximetry devices.

This solid momentum shouldn't be derailed by Masimo's latest quarterly results. The medical technology company announced its 2019 fourth-quarter and full-year numbers after the market closed on Wednesday. Here are the highlights from Masimo's Q4 update. 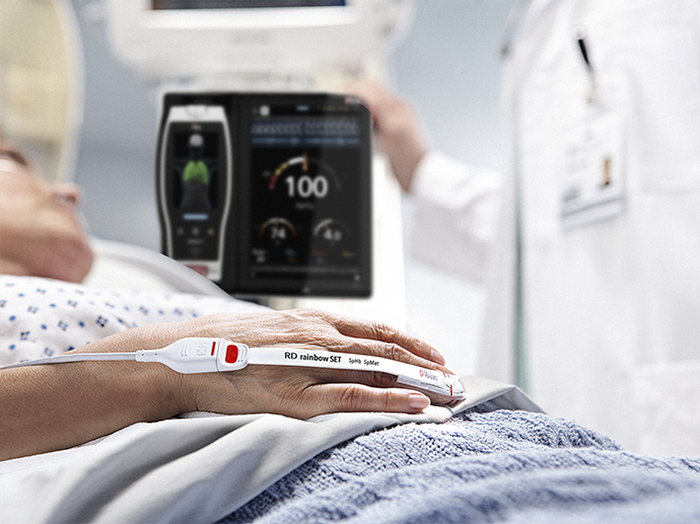 Masimo reported revenue in the fourth quarter of $247.5 million. This reflected a 23% increase from the prior-year period revenue total of $223.1 million. It also topped the consensus Wall Street Q4 revenue estimate of $243.79 million.

Masimo makes most of its money from sales of its noninvasive technology boards and monitors, especially its pulse oximetry technology. The company reported product revenue of $247.4 million in the fourth quarter, up nearly 12% year over year. Shipments of its noninvasive boards and monitors in Q4 rose 1.8% to 61,400 from 60,300 in the prior-year period.

The company also still generates a small amount of revenue from royalties and other sources. This revenue totaled $76,000 in Q4, down from $1.72 million in the fourth quarter of 2018.

Masimo's bottom line was boosted by its revenue growth. It also helped that the cost of goods sold increased at a slower rate than sales did, resulting in an improved gross margin. However, the company's operating expense grew at a slightly faster rate than sales increased, partially offsetting the benefit from a higher gross margin. In addition, Masimo recorded a higher provision for income taxes in Q4 than it did in the prior-year period.

Masimo projects product revenue of $1.035 billion for full-year 2020. This revenue guidance includes around $4 million from the anticipated negative impact of currency fluctuations. The company also expects GAAP earnings per share (EPS) for full-year 2020 will come in at $3.64, with adjusted EPS of $3.56.

The company announced in January that it signed an agreement with NantHealth to acquire its Connected Care assets. This acquisition will include an upfront cash payment of $47.25 million, providing "medical device interoperability to hospitals and health systems." The deal is expected to close during the first quarter of this year.

There are some uncertainties for healthcare stocks in 2020, notably including the potential impact from the U.S. presidential election. Because Masimo is also a technology stock with operations in China, it could be affected by the Covid-19 coronavirus outbreak as well. However, Masimo's overall prospects appear to be strong.