The online retailer may have a gold mine in the technology powering its new self-serve grocery stores.

Amazon.com (AMZN -3.03%) is expanding on the cashierless concept introduced with its Amazon Go stores by opening Amazon Go Grocery stores. The new stores are about five times larger than Go stores and will allow customers to shop produce and a wide selection of typical supermarket items.

While Amazon seems to be raising the stakes in the highly competitive grocery business, the online tech titan is also interested in licensing the camera technology used in these stores to other retailers, according to a report from the Wall Street Journal. 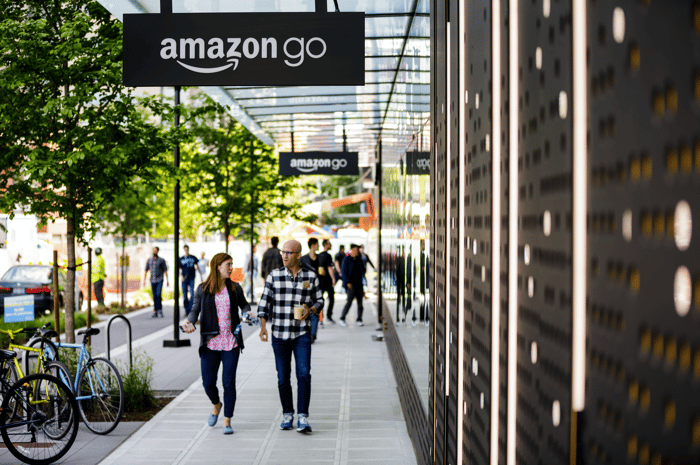 Amazon Go was an interesting concept that relied on cameras and sensors to track shoppers and what items they took off the shelf. However, when these stores launched a few years ago, the technology wasn't ready to handle the more complicated interactions customers had when trying to find the best head of lettuce, for example. This was why the first Go stores were limited to packaged food items that could be more easily detected by cameras.

With the advanced technology in Go Grocery, Amazon thinks it has something that could help other retailers gain a greater share of consumer discretionary spending. Amazon is reportedly looking at several ways to make money off the technology, including revenue-sharing agreements with other stores or charging a fixed licensing fee.

While management hopes Go Grocery can scale to a larger footprint around the country, one of the goals with these stores is to showcase the effectiveness of the technology. As it did with Amazon Web Services, Amazon could end up making more money from licensing the technology than with its own stores.