Please ensure Javascript is enabled for purposes of website accessibility
Log In Help Join The Motley Fool
Free Article Join Over 1 Million Premium Members And Get More In-Depth Stock Guidance and Research
By Daniel Sparks - Feb 25, 2020 at 9:41AM

For investors, the ad tech company's quarterly update is less about financial results and more about its pending merger with Telaria.

Rubicon Project (MGNI -0.65%) is scheduled to report earnings after the market closes on Wednesday, Feb. 26. The advertising exchange and sell-side ad tech company's results come a few months after it announced a merger with Telaria (TLRA) -- the leading independent sell-side platform in connected TV. 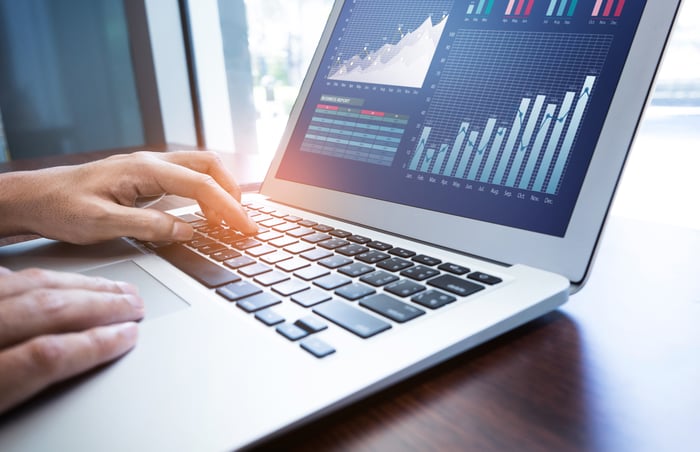 In its preliminary results filed along with a joint proxy statement/prospectus with Telaria, which detailed the two companies' merger agreement, Rubicon estimated its fourth-quarter revenue to rise 17% year over year to $48.5 million. This was at the high end of management's guidance range and above analysts' average forecast for revenue of $47.7 million.

Furthermore, the tech company estimated its adjusted earnings before interest, taxes, depreciation, and amortization (EBITDA) for the period to be above management's guidance for the metric. Management had previously guided for an adjusted EBITDA margin in Q4 that is "above 30%."

Investors shouldn't give much weight to analyst estimates for both Rubicon Project and Telaria's most recent quarters because it appears that the bulk of analysts covering the two companies have refrained from updating their forecasts to reflect recently announced preliminary results for the periods.

Investors should also look for an update on how soon management expects the pending merger to close. The two companies recently sent out voting instructions to shareholders and announced a special meeting of stockholders on March 30, at the conclusion of the vote. Typically this is one of the final actions taken before a merger closes.

Together, Rubicon and Telaria plan to combine their sell-side advertising platforms into a single platform. This will give the two companies a unified offering for publishers to transact programmatically across connected TV, desktop display, video, audio, and mobile. Further, the combination of the two companies will give Telaria and Rubicon greater resources to invest more aggressively in the fast-growing connected-TV market, where Telaria already boasts impressive customers like Hulu, Sling, and Fox News.

Rubicon and Telaria also notably expect increased operating efficiencies and improved economies of scale as a result of the acquisition to drive annual cost savings of $15 million to $20 million.

The merger prospectus lists other potential benefits for the merger, including complementary geographic footprints, more rapid innovation thanks to the elimination of duplicated technical development efforts, greater marketing scale, a fortified competitive position, and more.