The pizza giant faces another key test as it goes up against Domino's for market dominance.

Papa John's (PZZA 3.12%) on Wednesday announced earnings results that showed it continuing to lose market share in the competitive pizza delivery niche. Yet the chain ended 2019 on a positive note. 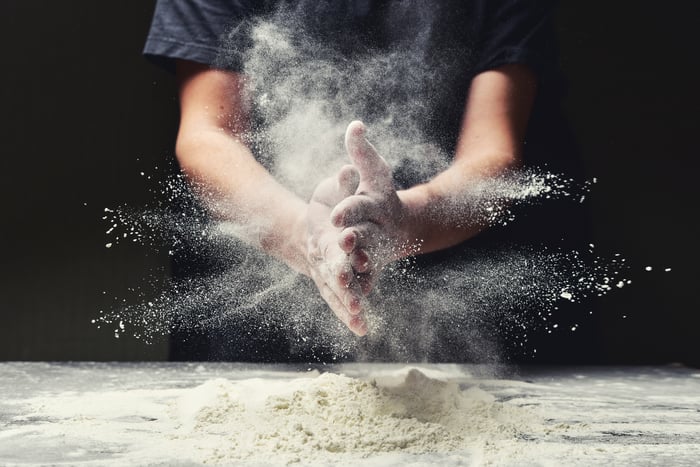 The fast-food giant revealed that comparable-store sales fell 2.2% for the full year, which put it well behind peers like McDonald's and its 6% increase and Domino's (DPZ 2.01%) with its 3.2% boost. However, Papa John's achieved positive comps in the fourth quarter to give management confidence in their rebound plan. "Papa John's accelerated it turnaround in the fourth quarter," CEO Rob Lynch said in a press release, "positioning us for a strong start to 2020."

The chain is planning on a big marketing push over the next few quarters, plus a busy release schedule of limited time menu offerings and promotions. These initiatives should help the company return to growth in the core U.S. market, with comps projected to land at between 2.5% and 5%.

Domino's outlook is roughly the same, but the pizza delivery leader has a few advantages in this market share fight, including an efficient store layout. Papa John's will also have to fight against Domino's dominant hold on most metro markets. It operates over 6,000 stores in the U.S. compared to Papa John's 3,300.