In response to the company announcing mixed fourth-quarter results and issuing weak guidance, shares of Supernus Pharmaceuticals (SUPN 1.47%), a biopharma focused on diseases of the central nervous system, slumped 15% on Wednesday.

The headline numbers for the quarter were mixed: 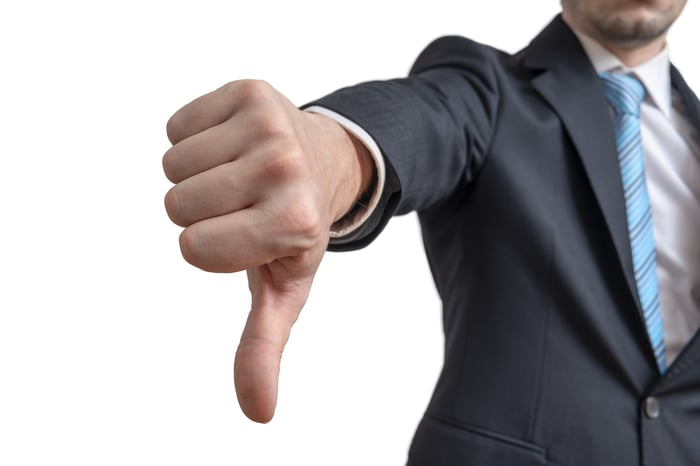 In other news, the FDA has accepted Supernus' New Drug Application for SPN-812 as a potential treatment for ADHD. A target action date of Nov. 8, 2020, has been set. The company plans to launch the drug in the fourth quarter of 2020 if everything goes according to plan.

Meanwhile, management decided to halt all development activities of a compound called SPN-810 after the drug failed to produce the desired result in a phase 3 trial.

With our NDA for SPN-812 in ADHD accepted for review by the FDA, we continue to prepare the Company for the commercial launch of SPN-812 and look forward to bringing this important new treatment option to patients and physicians. If approved by the FDA, SPN-812 has the potential of becoming the first novel treatment to be introduced in the ADHD market in more than a decade.

For 2020, management believes that net product sales will range between $360 million and $390 million. The midpoint of that range is well below the $407.7 million in revenue that Wall Street was looking for.

Given the weak quarterly revenue and guidance for 2020, it's not surprising to see Supernus shares taking a big step back today.

2019 was certainly a disappointing year for Supernus, but some analysts believe that SPN-812 holds hundreds of millions of dollars in peak sales potential. If the drug can win FDA approval later this year, it could be a major positive catalyst for this beaten-down biopharma.