Gilead Sciences (GILD 2.67%) is in discussions with cancer biotech Forty Seven (FTSV) about a possible takeover or partnership, according to an article published Thursday by Bloomberg. According to the report, no deal has been finalized, and Forty Seven has received interest from other parties as well. Shares of Forty Seven were up over 20% on the news, but those of Gilead were down 5% in mid-afternoon trading.

Forty Seven is working on therapies to inhibit the CD47 signaling pathway, which cancer cells use to trick the body's immune system into ignoring them. Its lead antibody drug, magrolimab, drew a lot of attention from investors in December after the company announced it had seen promising response rates in an early-stage clinical trial that tested it in combination with chemotherapy in patients with myelodysplastic syndrome (MDS) and acute myeloid leukemia. 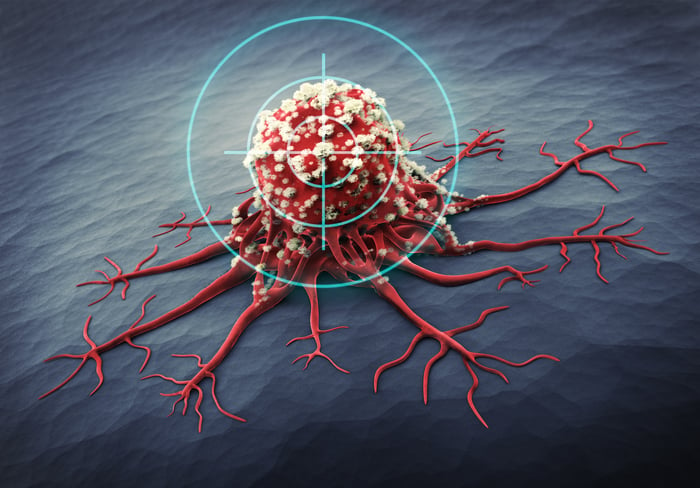 Forty Seven is now focused on starting potentially registration-enabling trials of magrolimab for MDS and relapsed or refractory diffuse large B-cell lymphoma. It expects to report initial data from the lymphoma trial as soon as the fourth quarter. The drug is also in early trials in combination with other immunotherapy drugs for treating colorectal, ovarian, and bladder tumors.

Gilead is has been looking at acquisitions to help it return to growth as revenue from its hepatitis C franchise continues to sag. The company acquired oncology assets when it purchased Kite Pharmaceuticals in 2017, and Forty Seven's science would complement those assets nicely. The biotech giant can certainly afford to buy the $3 billion market-cap company; Gilead has over $25 billion in cash on its balance sheet.