The biotech secured another big partner.

Shares of Sangamo Therapeutics (SGMO 8.76%) closed up 28% on Friday after the biotech announced a deal with Biogen (BIIB 1.27%) to develop up to 12 drugs using Sangamo's proprietary zinc finger protein technology.

The deal includes ST-501 for tauopathies including Alzheimer's disease, ST-502 for synucleinopathies including Parkinson's disease, and a third drug for an undisclosed neuromuscular disease. Biogen also has the option to nominate up to nine additional neurological disease targets over the next five years.

For each drug, Sangamo will perform the early research before handing over the reigns to Biogen, which will develop and commercialize the drugs. Sangamo will manufacture the drug used in the initial clinical trials for the first three drugs, at which point Biogen will take over manufacturing duties. 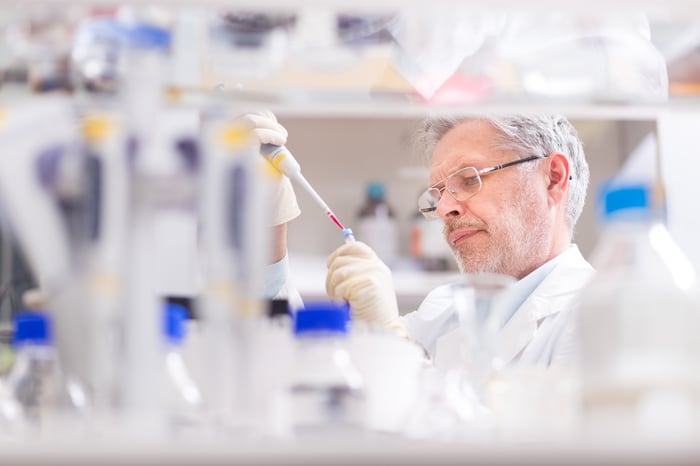 This is clearly a great deal for Sangamo, with plenty of up-front cash to help pay for its pipeline of other drugs. Investors just need to keep in mind that drugs from this deal are still preclinical, and the rest of Sangamo's pipeline is all relatively young, with no drugs in phase 3 development.