And why the downturn should be only temporary.

Shares of Apple (AAPL 1.62%) fell 11.7% in February, according to data from S&P Global Market Intelligence.

The manufacturer of the iconic iPhone and Apple Watch had, in its recent first-quarter fiscal year 2020 earnings report, announced record-breaking revenue and earnings from the iPhone, wearables, and services.

Yet shares in Apple have sold off hard since the middle of last month. Does this decline still make Apple an attractive growth stock? 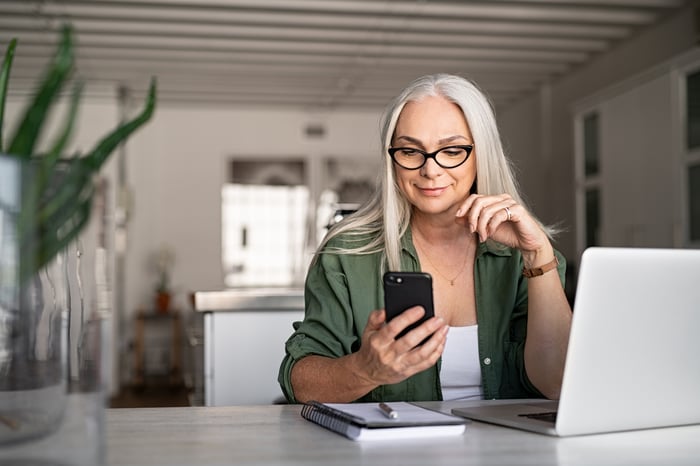 The death toll from the COVID-19 virus has hit 2,943 as of this writing in China alone, and the U.S. has begun to see more coronavirus cases springing up.  Apple announced on Feb. 1 that it would shut all its stores and corporate offices in mainland China until Feb. 9, to comply with a government directive issued to stop the rapid spread of the virus. Though the company stressed that this was a temporary move, investors were aware that Apple remains heavily reliant on China for both its smartphone sales and its supply chain and manufacturing.

On Feb. 17, Apple issued an update to announce that it didn't expect to meet its Jan. 28 quarterly revenue guidance. The company said worldwide iPhone supply would be constrained as iPhone manufacturing sites in China were ramping up more slowly than anticipated, since workers were only just beginning to return to their cities following massive quarantines. It also noted a downturn in demand for Apple products in China, as store closures had been extended in some locations and operating hours reduced in others, while human traffic remained sparse.

Apple is a victim of the chaos that COVID-19 has wrought on global supply chains. As Apple produces most of its components in Chinese factories, it was inevitable that the company would take a bad hit from quarantine-related production downturns. Store closures in China further exacerbated the problem.

But even though Apple expects to miss revenue guidance, investors need to remember that these disruptions are temporary. Once the virus is contained, normal production and operating hours should resume. It could, however, be a painful few months before things return to normalcy.