This is the latest in a growing list of tech big events that have been canceled.

Alphabet (GOOGL -0.01%) (GOOG 0.02%) subsidiary Google announced late yesterday that it was canceling its Google I/O developer conference that had been scheduled to take place in May. The company posted a statement on the event website that read in part, "Due to concerns around the coronavirus (COVID-19), and in accordance with health guidance from the CDC, WHO, and other health authorities, we have decided to cancel the physical Google I/O event."

The annual conference for developers is Google's biggest event of the year, attracting more than 7,000 attendees in 2019. The keynote address is one of the highlights and has become a springboard for some of Google's biggest announcements. Previous big reveals included the introduction of Google Assistant and the debut of the Google Home smart speaker. 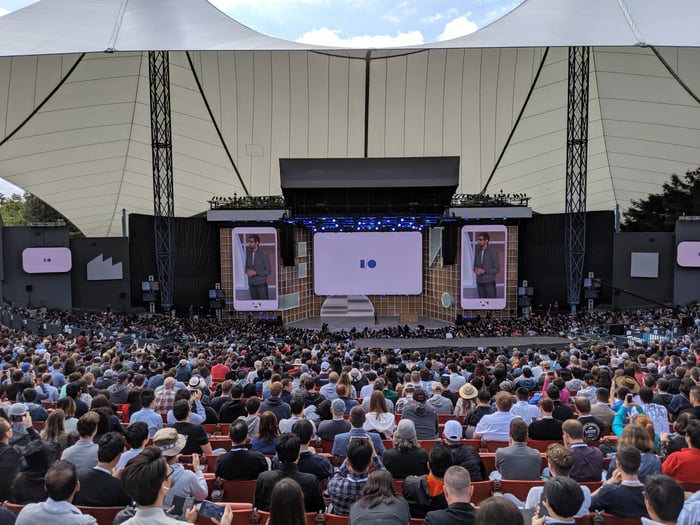 The company had already announced that Google Cloud Next 2020 in April would become a digital-only event, while maintaining the keynotes, breakout sessions, interactive learning, and digital "ask an expert" sessions that characterized previous live events.

These are just the latest in a string of high-profile event cancellations and modifications within the tech industry in deference to the spread of COVID-19.

Earlier this week, Microsoft (MSFT -0.97%) said it would adopt a virtual format for its Most Valuable Professional (MVP) Global Summit, which was originally scheduled in be hosted in Bellevue and Redmond, Washington, in mid-March.  Adobe (ADBE 0.35%) made a similar decision this week, announcing that its Adobe Summit & Magento Imagine -- a conference that attracted 16,000 people last year -- would become an online-only event. Last week, Facebook (META 0.07%) canceled its F8 developers conference, though it will host live-streamed presentations that were originally scheduled for the event.