The FDA is reviewing the biotech's marketing application for its hereditary angioedema treatment berotralstat.

BioCryst Pharmaceuticals (BCRX 2.46%) released fourth-quarter earnings on Thursday. However, the company has minimal sales of the one drug it has on the market, so investors' eyes were tuned to the future.

For the record, BioCryst generated $39.7 million in revenue in the fourth quarter, most of which came from an upfront payment from Torii Pharmaceutical for the rights to sell its hereditary angioedema treatment berotralstat in Japan. The company also generated $13.9 million in sales of its flu treatment Rapivab through a contract with the Centers for Disease Control. BioCryst lost $2.6 million, or $0.02 per share, during the quarter.

In February, the Food and Drug Administration (FDA) accepted BioCryst's marketing application for berotralstat as a treatment for hereditary angioedema, an inherited disease that results in severe swelling. The agency is scheduled to decide whether to approve the drug or not by Dec. 3.

The biotech plans to submit a marketing application to EU regulators this quarter. The drug could also be approved in Japan in the second half of this year. 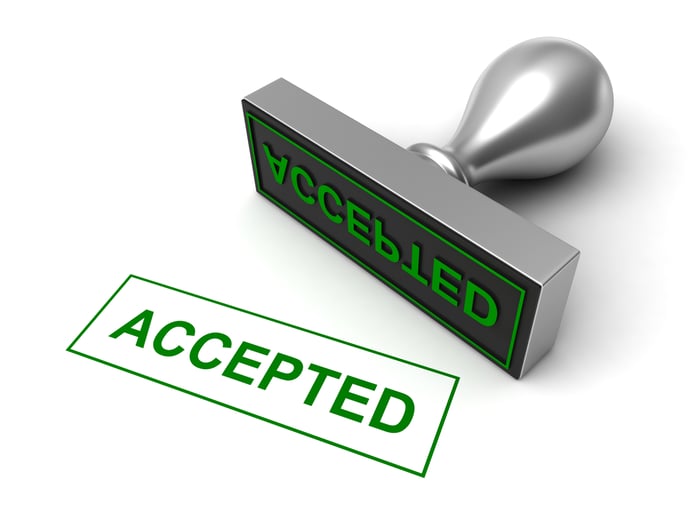 BioCryst continues to develop the rest of its pipeline. On Thursday, the company said the first patient had been treated in its poof-of-concept clinical trial testing BCX9930 in patients with paroxysmal nocturnal hemoglobinuria, a rare red blood cell disease. BioCryst expects data from the study in the second quarter.

The company is talking with U.S. public health authorities about potentially using galidesivir, which is being developed for yellow fever, as a potential treatment for the coronavirus that causes COVID-19.