Please ensure Javascript is enabled for purposes of website accessibility
Log In Help Join The Motley Fool
Free Article Join Over 1 Million Premium Members And Get More In-Depth Stock Guidance and Research
By Brian Orelli, PhD - Updated Mar 6, 2020 at 6:48AM

The company has set terms for its initial public offering.

Imara, which is developing a drug for sickle cell disease and beta thalassemia, has set the terms for its initial public offering (IPO), with shares expected to sell for $16 to $18 each. The company could raise up to $80 million through the IPO, helping fund its drug IMR-687.

The biotech is currently running a phase 2a clinical trial testing IMR-687 in patients with sickle cell disease. Interim results presented last year showed the drug produced a 110% increase in the percentage of red blood cells that contain fetal hemoglobin. Low hemoglobin is what causes red blood cells to sickle.

In the first half of this year, Imara plans to start a phase 2b clinical trial in sickle cell disease and a separate phase 2b study in beta thalassemia. 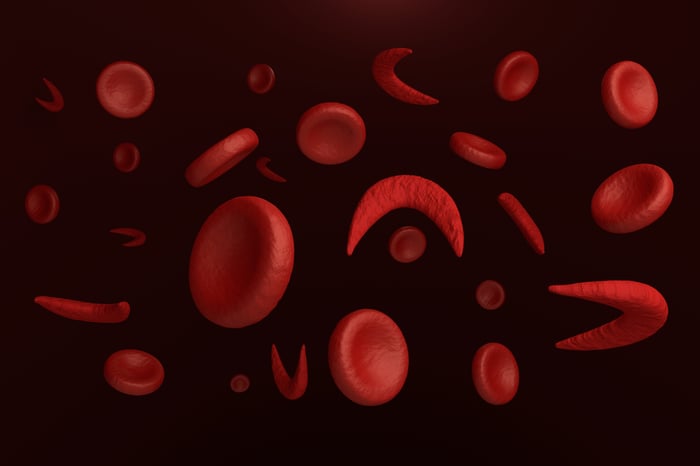 If IMR-687 makes it to market, it'll likely have competition from bluebird bio's (BLUE -2.39%) gene therapy Zynteglo, which is FDA approved for beta thalassemia and is far ahead of Imara in sickle cell disease. And there's a laundry list of other drugmakers developing gene-editing approaches to treat both diseases, including CRISPR Therapeutics (CRSP -0.27%) and its partner, Vertex Pharmaceuticals (VRTX 1.23%), which reported promising results in the first two patients in the study.

IMR-687 is taken orally, while gene therapies require a procedure that's similar to a bone marrow transplant, so the drug might be preferred by patients with mild versions of the disease.

Shares of Imara are expected to trade on the Nasdaq under the symbol "IMRA." A date for the IPO hasn't been set yet.