Embedded throughout Apple's code were two over-the-ear headphone icons, the clearest evidence to date that over-ear Airpods are on the horizon.

Apple's (AAPL -1.80%) rumored over-the-ear headphones are becoming more of a reality thanks to leaked iOS 14 code.

In the code from December, 9to5Mac spotted two headphone icons, suggesting the iPhone maker will roll out two color choices, potentially white and space gray. There is a chance Apple will launch a variety of colors, similar to its strategy with its Beats headphones. Apple acquired Beats Electronics in May of 2014 for $3 billion, its largest ever acquisition.  A big selling feature with those high-end headphones is the variety of styles and colors available to consumers. 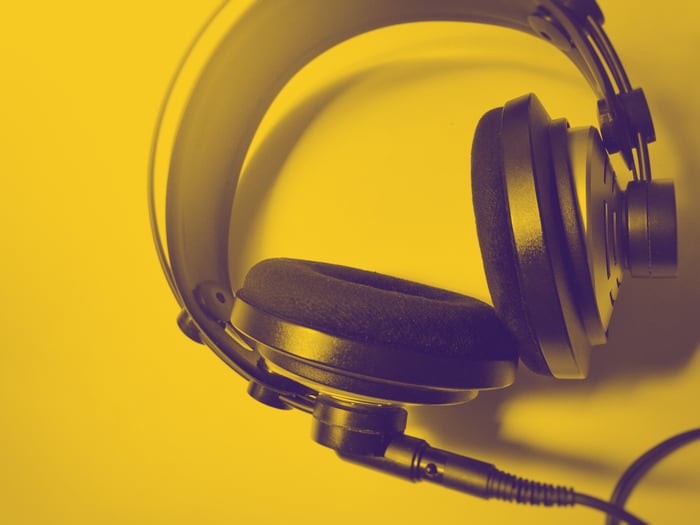 The headphone icons, otherwise known as glyphs, were used throughout the iOS 14 code, including in the battery and charging status portion of the software, reported 9to5Mac. While the icons don't reveal much more about the design, it is the clearest evidence to date Apple is developing over-the-ear headphones.

Rumors of high-end over-the-ear headphones have been swirling for about two years, ever since influential Apple analyst Ming-Chi Kuo of KGI Securities predicted it in 2018.  That hasn't materialized, with Apple opting to roll out wireless earbuds instead. That bet has paid off. AirPods are a huge hit among consumers. So much so Apple wasn't able to meet the demand for AirPods during the last quarter of 2019. It's wearables unit which includes AirPods and the Apple Watch helped revenue grow 9% in the fiscal first quarter, blowing past Wall Street views.

The over-the-ear headphones are expected to include the same features as the AirPods including the ability to easily pair the device with your iPhone and auto-pause when you take off the headphones. Apple's iOS 14 update isn't expected to become available until the fall although Apple could launch the headphones sooner.