Shares of Akebia Therapeutics (AKBA -1.48%) were sinking today, down 11.1% as of 3:23 p.m. EDT, after dropping as much as 15.3% earlier in the session. The decline came after Akebia reported its 2019 fourth-quarter and full-year results before the market opened on Tuesday. 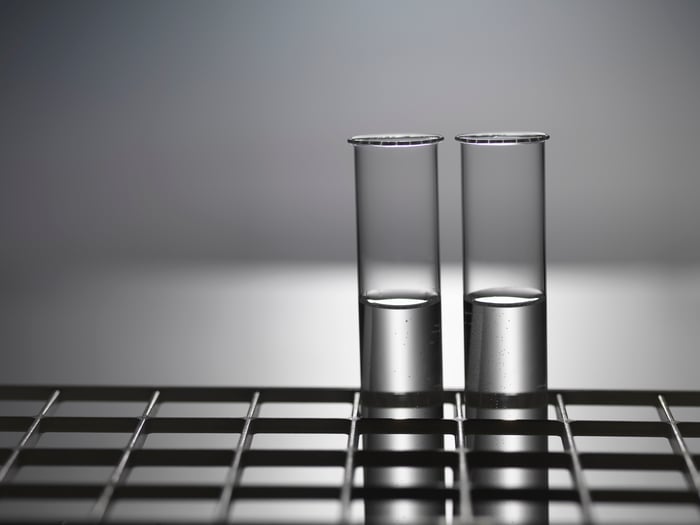 Those top- and bottom-line misses really don't matter in the larger scheme of things. Nearly 60% of Akebia's revenue at this point comes from its collaboration deals.

The most important number for Akebia in its Q4 update was its cash position. The company reported cash, cash equivalents, and available-for-sale securities of $147.7 million as of Dec. 31, 2019. This should be sufficient to fund operations into 2021.

The future prospects for biotech stocks like Akebia Therapeutics are linked to their pipelines. Akebia plans to report results in the second quarter of this year from one of its late-stage studies of vadadustat in treating anemia due to chronic kidney disease, with results from another study to follow in mid-2020.

The company hopes to pick up a Priority Review Voucher from the FDA to expedite the review of the drug. If all goes well, Akebia's revenue should provide much better quarterly updates in 2021, after an anticipated commercial launch of vadadustat.