Coronavirus fears might postpone major concert tours until May or June.

Music is one of the latest victims of the novel coronavirus pandemic as Live Nation Entertainment (LYV 5.93%) suspended all of its concert tours and other events through the end of March. A few concerts and events scheduled for Thursday and Friday will occur as scheduled, but after that, Live Nation will pause all tours until at least the beginning of April, according to the New York Times and other sources.

Live Nation organizes the tours of many different artists, including Billie Eilish, Celine Dion, Thundercat, Cher, Post Malone, Morrissey, Kiss, and TOOL. It had already sold 38 million tickets for 2020 events by late February. The tours are postponed rather than canceled thus far, with the company planning to assess the COVID-19 situation in April. If the signs appear favorable then, the tour schedule will kick off again in either May or June. 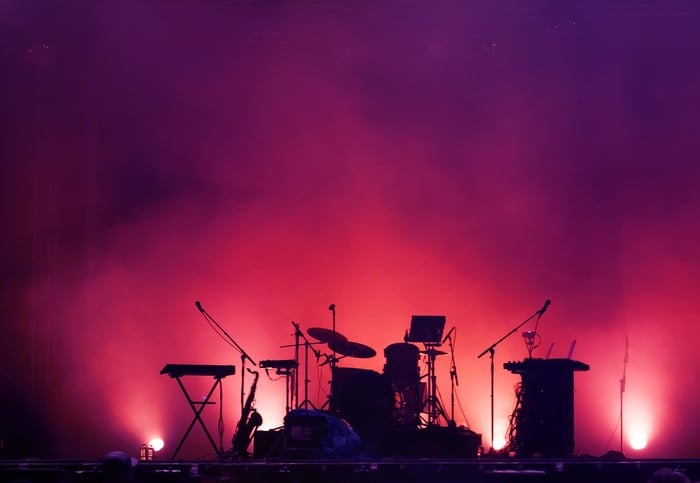 Live Nation currently has no intention of downsizing its staff in response to the coronavirus-driven postponements. It did, however, instruct most of its personnel to remain home through March and work remotely, rather than coming to the office.

Investors responded with a massive sell-off of Live Nation shares on Wednesday, causing its stock price to nosedive by 16.6%, or $1.8 billion in value. The stock fell again on Thursday, though a slight rebound began toward the end of the trading day, perhaps signaling that the downward trend is slowing.