The club wholesaler snapped up a logistics company with a very long history.

The company had been in business for decades as Sears Logistics before changing its name to Innovel in 2018. Costco has been a customer since 2015. Innovel operates 15 distribution and fulfillment centers and more than 100 last-mile cross-docking facilities, where goods are transferred from incoming freight directly to outbound trucks. The logistics company's network reaches 90% of the U.S. population, including customers in Puerto Rico. 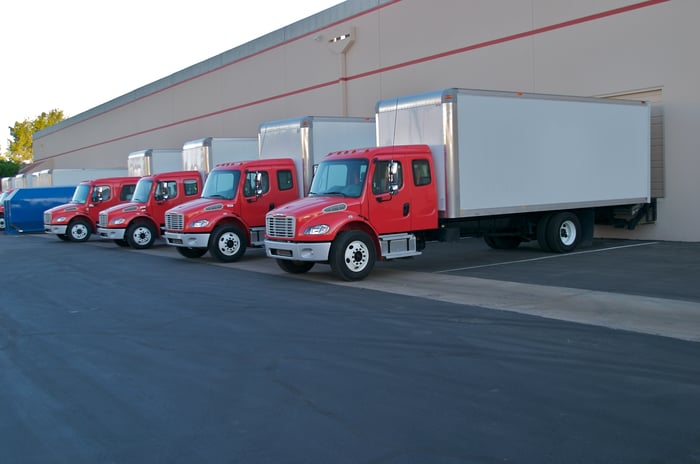 Why Costco is buying its supplier

Innovel will continue to service its existing customers, including Sears and other third parties. But its focus will turn to helping Costco compete online. As Costco CEO Craig Jelinek noted in the company's announcement, "We believe the acquisition will allow us to grow our e-commerce sales of 'big and bulky' items at a faster rate."

Costco is likely to pour resources into Innovel to expand the cross-dock portion of its network and ramp up its fulfillment capacity. By bringing the last-mile provider in-house, Costco will increase its margins on large items, allowing it to better compete with dominant appliance sellers like Home Depot and Lowe's, which have used their own logistics prowess to exploit big-ticket e-commerce sales.

Costco is undoubtedly planning to try to steal local brick-and-mortar business from these peers as well, by utilizing Innovel's expertise to help it speed delivery of in-store appliance purchases with improved profitability -- and higher customer satisfaction scores. Costco relayed on Monday that it will fund the acquisition using existing cash on hand, which at last count stood at roughly $8 billion.