Please ensure Javascript is enabled for purposes of website accessibility
Log In Help Join The Motley Fool
Free Article Join Over 1 Million Premium Members And Get More In-Depth Stock Guidance and Research
By Rich Duprey - Mar 20, 2020 at 10:11AM

The limits comes as the tech giant seeks to regain balance in its supply chain amid weakened demand.

Apple (AAPL -1.80%) is limiting iPhone sales to just two per customer at its online store. The restrictions are in place in numerous countries, including the U.S. and China, and comes on the heels of it closing all of its retail stores outside of China.

As the coronavirus pandemic disrupted Apple's supply chain, the move is likely an attempt to limit the ability of resellers to buy large quantities of the devices during a period of weak demand to sell them later on at highly inflated prices.

Apple has limited sales to just two per customer in the past, including when it first introduced the iPhone in 2007 and again in 2012 when it introduced an unlocked GSM iPhone 5. 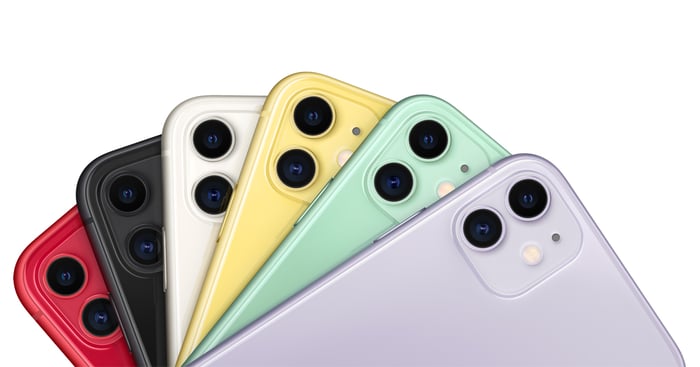 Gearing back up for more sales

Analysts say Apple's supply chain is only just getting back on track after the coronavirus upended business.

Foxconn, Apple's biggest supplier, was closed for several weeks in January and February, resuming production earlier this month with expectations it would be fully operational by the end of March.

The delay was expected to threaten the timing of Apple's introduction of a new low-cost iPhone, but a new 5G iPhone 12 is still reportedly on schedule for a fall release date.

Apple refused to comment on the limits on website sales, but noted drop-down menus in numerous countries contain the limitations, Reuters reports.