Please ensure Javascript is enabled for purposes of website accessibility
Log In Help Join The Motley Fool
Free Article Join Over 1 Million Premium Members And Get More In-Depth Stock Guidance and Research
By Prosper Junior Bakiny - Mar 23, 2020 at 11:58AM

The cannabis company is reducing its operations to help slow the spread of the disease.

Cannabis company OrganiGram Holdings (OGI -4.63%) recently announced that it was taking further steps to attempt to protect its customers, employees, and their families from the COVID-19 coronavirus.

New Brunswick, Canada-based OrganiGram said it would temporarily lay off many of its workers to facilitate social distancing in its operations. Naturally, that reduction in its workforce will lead to "corresponding production and packaging reductions," which could, in turn, hurt the company's bottom line.

Reducing the amount of contact between people -- aka, social distancing -- is a vital tactic in society's efforts to slow the spread of COVID-19, and other cannabis companies are also doing what they can to avoid being part of the problem. Canopy Growth (CGC -3.54%) recently said it would temporarily close its corporate-owned stores across Canada. 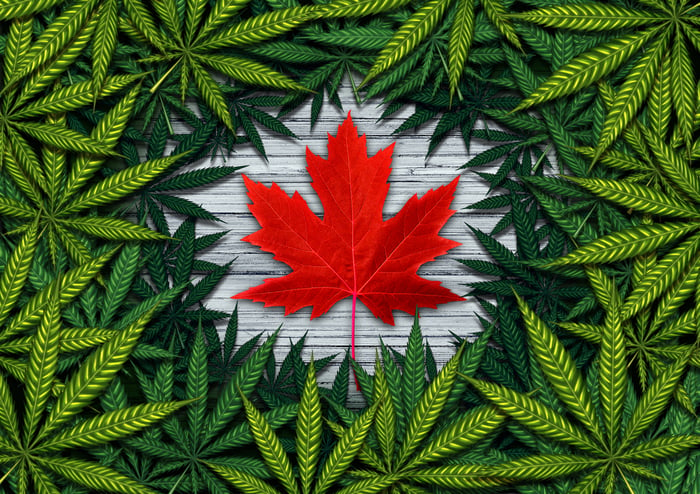 In January, OrganiGram reported stellar financial results for the first quarter of its fiscal 2020. Revenues of 25.2 million Canadian dollars came in significantly ahead of analysts' predictions and represented a 102% year-over-year improvement. OrganiGram also reported adjusted earnings before interest, taxes, depreciation, and amortization (EBITDA) of CA$4.9 million, after posting an adjusted EBITDA loss of CA$7.9 million during the fourth quarter of its fiscal 2019. OrganiGram's shares soared by more than 30% on the heels of its Q1 earnings report, but the company has now more than given up these gains. Year to date, OrganiGram's shares are down by 31.8%, and given the way the pandemic is impacting the North American economies, things could get much worse for the company -- and for its peers in the cannabis industry -- before they get better.