The acquisition also fits nicely within The Times' push to expand innovative content.

The New York Times (NYT 1.33%) announced Monday that it has acquired Audm, a subscription-based audio app that features longform journalistic content read by professional voice actors. Audm works with several publishers, including The Atlantic, Rolling Stone, The New Yorker, and BuzzFeed News, to turn written content into audio pieces. Its key advantage over competing services is its use of audiobook narrators versus automated voice technology.

The acquisition fits within The Times' long-term initiative to boost digital subscriptions as it strives to become a "subscription-first" content provider, with advertising as a secondary revenue stream. 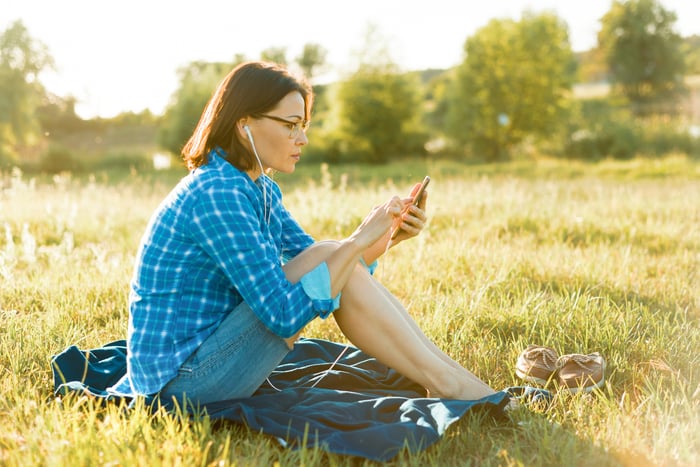 While Audm will continue to work with its current publishing customers, The Times sees numerous opportunities to expand the app's scope within its own content initiatives. In its press release announcing the deal, the newspaper stated:

[A]s it happens, the acquisition couldn't have come at a more valuable time. The Audio team is looking for ways to provide escape and relief in the time of the Covid-19 pandemic. And so for the near future, at least, we plan to run read-aloud Times articles every Sunday on [the podcast] "The Daily."

The New York Times has utilized its deep-dive journalism into the economy and current political landscape to win customers in recent quarters, and it's also found success in funneling subscriptions via its extremely popular podcasts like "The Daily," and radio and television content (for example, its documentary TV series, The Weekly). As the excerpt above hints, Audm appears to provide another logical platform for engaging listeners in order to swell The Times' ranks of paying members. Financial terms of the transaction were not disclosed.