Please ensure Javascript is enabled for purposes of website accessibility
Log In Help Join The Motley Fool
Free Article Join Over 1 Million Premium Members And Get More In-Depth Stock Guidance and Research
By Bram Berkowitz - Updated Mar 27, 2020 at 11:30AM

U.S. Treasury Secretary Steven Mnuchin has created a new task force to prevent liquidity from drying up at mortgage firms, which face a huge shortage of cash as homeowners defer loan payments.

The impact of the novel coronavirus has put a pause on the economy, with more than 3 million people recently filing for unemployment. 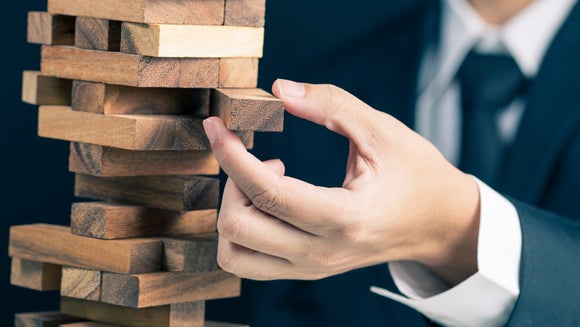 The government and mortgage companies have tried to ease the blow by allowing homeowners to delay mortgage payments and putting a ban on foreclosures and evictions for roughly two months.

Non-bank lenders are especially vulnerable, according to The Wall Street Journal, because unlike traditional bank lenders, they don't have access to overnight funds through the Federal Reserve. That means they could be on the hook for tens of billions in payments, which these non-bank lenders collect on behalf of investors, and are still contractually obligated to pay.

According to the Journal, the mortgage industry tried to lobby Congress to create a lending facility in the $2 trillion stimulus bill that would provide the needed liquidity, but the efforts proved unsuccessful.

If the mortgage companies are unable to facilitate the payments, that would force the government-sponsored entities that purchase the mortgages and package them into mortgage-backed securities -- Ginnie Mae, Fannie Mae, and Freddie Mac -- to find other solutions for servicing the mortgages.

Mnuchin reportedly said he is looking for recommendations by March 30. Calabria, according to Bloomberg, said Wednesday that many mortgage service firms could collapse if the Coronavirus pandemic lasts for more than two months.